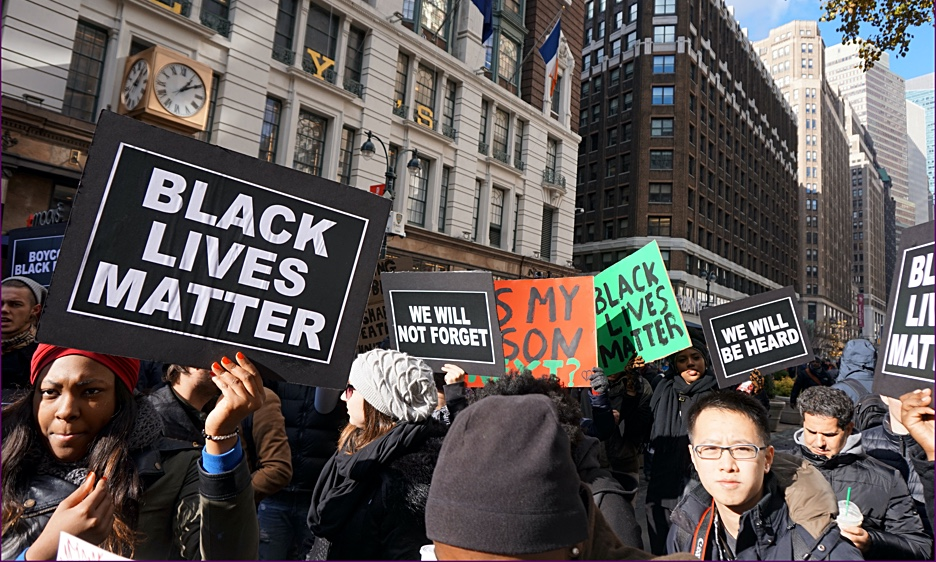 Just as who I am as an individual could not exist without the brilliant cultural influence of jazz, neither could America be America without jazz.

Black lives matter. I am a jazz writer, so my lens on this truth is in some respects through music. The protests sweeping the country—and globe—are potent and necessarily focused on ending racial violence and police brutality. The images we see with increasingly open eyes of the barbaric treatment of African Americans are changing perceptions and helping us begin to confront systemic racism, the original sin of America's founding that will continue to bar our society from fulfilling the promise of justice and equality until it is overcome.

As many voices are underscoring now, it is important not only to condemn violence and call for justice, it is also necessary for all of us—particularly European Americans—to celebrate African- American culture, to recognize that African Americans have and continue to sculpt the fundamental identity of our country. In fact, American identity cannot be separated from African American identity, as much as some may deny that.

I was a sixteen-year old when my brother gifted me Miles Davis's Filles de Kilimanjaro. I had never heard music so alive, so bristling with the power of pure creativity. It changed my life, launching a life-long dive into the music and its history. It shaped my identity.

Music is a primary way of retaining and transmitting culture. This was not lost on white slave owners who attempted to suppress the performance of African music and even the construction of traditional instruments. This was one of many deplorable attempts to sever ties to African Americans' former lives.

This inhumane oppression, however, ultimately failed because of the resilience and transformational character of the music and its players.

Blues grew out of the Mississippi Delta and spread from there. Jazz was born from the blues and soon dispersed, brought by African Americans to cities across the country. Like any art form, jazz evolved, it absorbed new elements, and it reshaped itself over time—in part because of its unique attributes that foster innovation.

The vibrance of jazz music was so strong that it captured America's ears, even as Jim Crow tried to contain its growth. Its progress could not be stopped. Though still physically divided by racial segregation, big band swing music became America's popular music. Right before their eyes white fans were forced to witness the different treatment of black and white musicians, and by extension all African Americans. Slowly some barriers were broken as black musicians began to claim their rightful place on stage together with equal treatment. This is just one example of how African American culture has been at the center of American culture and America's growth as a nation. As the music moved out of the swing era, the preeminence of African Americans as the progenitors and drivers of jazz's innovations simply could not be denied, even as African Americans continued to face the exogenous barriers imposed by European American racism.

Racial justice was never disaggregated from jazz music. From Louis Armstrong to Billie Holiday, Duke Ellington to John Coltrane, the Association for the Advancement of Creative Musicians (AACM), to today's young lions, the icons and foot soldiers of jazz alike have repeatedly combated racism directly through their music, words, and actions.

Jazz has also changed the world of music across the globe, birthing entire new genres. Without this black music—and jazz is a black music, even when played by non-blacks— there would be no rock and roll, no art rock, no abstract "free" improvisational music.

Although tomes can and have been written charting the course of these cultural and societal issues, the underlying racism in American culture is still not resolved today.

At this moment in history, to this humble individual it seems important to state out loud the fundamental truth that black lives matter because they are human lives, American lives. This is a very basic truth but one that not enough European Americans reflect on or act on.

However, as a jazz author, I must give credit where credit is due. Black jazz musicians deserve our recognition not only as humans and Americans, not only because their treatment as black Americans continues to contradict this country's claims of freedom, but also because some of the best, most unique aspects of America could not exist without people of color.

Just as who I am as an individual could not exist without the brilliant cultural influence of jazz, neither could America be America without jazz.

Jazz music reminds us that America is black as much as white. Our history, ugly as it has been and continues to be in some respects, is bound together as a whole. It is incumbent on all of us to ensure that our future is bound together by love, respect, equality, and justice. As well as kick-ass swing that moves the soul and inspires the mind.