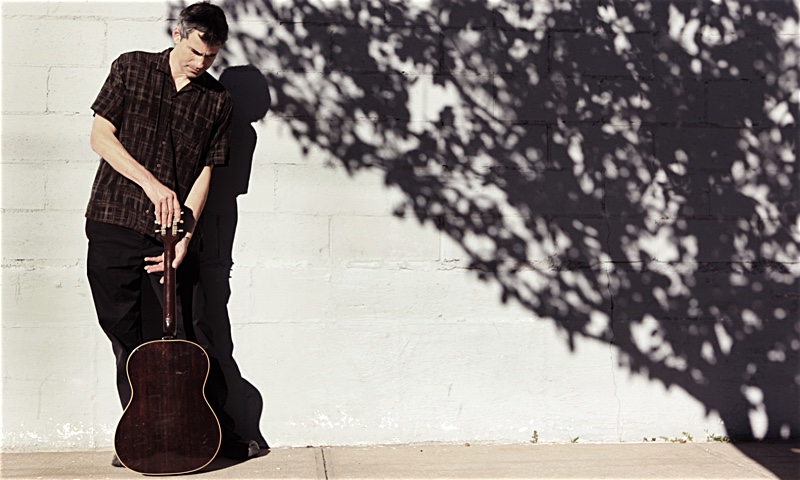 By Nenad Georgievski
February 18, 2016
Sign in to view read count
Ben Monder is a guitarist with a singular and influential voice. While he has received a great acclaim for his multifaceted work and unparalleled technical facility, Monder has also demonstrated remarkable breadth both as a bandleader and composer. His debut album for ECM Amorphae is a kind of a movie for one's ears. Amorphae consists of a set of beautiful compositions that orchestrate kind of sounds beyond the imagination. Monder's distinctive guitars create a wide range of colors, dynamics and textures that generate diverse landscapes of sound. Initially conceived as a series of duets with the late drummer Paul Motian, the idea was stopped by Motian's passing in 2011. Still, it features two duets performances with him and the palette is further stretched with solo guitar improvisations and trio performances.

Apart from the new record, Monder was one of the musicians along with Donny McCaslin's band who worked on David Bowie's swansong Blackstar. While the world is still in shock of his passing, praises are still given to musician's champion performances that resulted in music that will be talked eons after its release. The main focus of our talk was on these two outstanding and much talked about recordings.

All About Jazz: What is the feeling like and what it means for you that Amorphae has come out on ECM Records?

Ben Monder: I've been listening to ECM recordings since I was in high school. They have put out some of my favorite music ever, from Keith Jarrett and Paul Motian to Terje Rypdal and Egberto Gismonti, and their aesthetic has been a big influence on me. So to have a release on this label is very meaningful to me.

AAJ: How did the relationship with this label emerge?

BM: I started working on this record with the producer Sun Chung long before he began working for ECM. It was only about half finished when he played some tracks for Manfred Eicher, who gave the go-ahead to finish it under their auspices.

AAJ: Please describe the meaning behind the album's title.

BM: It refers to the amorphous quality of most of the tracks. As far as I knew I made the word up, intending it to sound like a collection of formless things, but I think it's actually some kind of bacteria.

AAJ: Amorphae consists of tracks recorded in two sessions that have happened in 2010 and 2013. The tracks were recorded in different settings: solo, duet and as a trio. Initially, it began as a duet record with Paul Motian (who is playing on two tracks here). How did it evolve into what it is now?

BM: We decided to build on the original duo tracks with Paul by recording some solo improvisations, and then Sun had the idea to go into the studio with Andrew and Pete and just see what happened. We recorded a bunch of things, but what we ultimately kept were two duos of Andrew and me and two trios.

AAJ: Please describe the overall approach you took to put this record together. What was the creative process behind the album's tracks?

BM: The one constant, with the exception of "Oh What a Beautiful Morning," is that all the tracks are freely improvised with little or no forethought to their content. This is in stark contrast to all my previous releases as a leader, where there is a lot of through-composed material.

AAJ: What are some of the most memorable musical moments or collaborations you've had?

BM: An important collaboration that I have had for twenty years and that continues to this day is my duo with the singer Theo Bleckmann. His voice and approach to music has been a huge influence on my writing and playing. Another is the trio I was in for a relatively short time with Marc Johnson back in the early 90's, called Right Brain patrol. The sense of time and sensitivity to sound that both Marc and the percussionist Arto Tuncboyacian had were way more mature and elevated than my own, and it was a significant learning experience. Of course, playing with Paul Motian in his groups as well as in the quartet with Bill McHenry was a pretty elevating experience as well.

BM: Playing on that project was an honor and a thrill, as I'd been a Bowie fan since I was 12 years old. I loved the songs he brought in and, of course, Donny and his band are incredible. The atmosphere was really positive and supportive, and while David had a pretty clear idea of how he wanted the songs to go, everyone's ideas were welcome.

AAJ: How did you get involved in this project?

BM: Donny asked me to do it, as he thought that some tracks might need guitar. Both Donny and I first met David through Maria Schneider, as they collaborated on the original version of "Sue."

AAJ: How did he work with the musicians that worked on this record? Can you provide an insight into the creative process that drove the record?

BM: As I mentioned, both he and the producer Tony Visconti were open to everyone's input, so the environment was very relaxed and conducive to creativity. We had demos to work from at home, so I didn't go in totally cold, which was helpful. Also, David sang just about every tune in the main room as we were recording them, which really helped the energy of the performances.

AAJ: What stood out to you about the final album versus what you remember playing?

BM: I was astounded at how good it sounded, how his vision really came together cohesively and made such a powerful statement. I thought the flow of the sequence was perfect. I really hadn't heard a thing since the recording back in March, so it was a nice surprise. I also enjoyed hearing the tunes I didn't play on for the first time, namely "Lazarus," "'Tis a Pity She's a Whore," and "Girl Loves Me." Another thing is that I had a really noisy pedal chain at one point, and they actually found a creative use for it at the end of "Sue." I found that kind of amusing.

AAJ: Are there any songs that you played on during the sessions but were not used on the official release?

BM: Yes, there were three or four tunes I remember playing on that they didn't use. I remember liking all of them, so hopefully they will see the light of day someday.

AAJ: What stood out to you about Bowie as you worked together during the Blackstar sessions?

BM: He impressed me as unfailingly nice, enthusiastic, and very funny.

AAJ: How this year will unfold for you? What future projects can we look forward to from you?

BM: Aside from sideman work, I am planning to do more solo guitar shows, as well as pursue duo performances with Andrew Cyrille. I am finishing a large batch of writing for a new recording. And I have a second book of compositions that just came out on Mel Bay.