David Robert Jones was born in Brixton on January 8, 1947. At age 13, inspired by the jazz of the London West End, he picked up the saxophone and called up Ronnie Ross for lessons. Early bands he played with – The Kon-Rads, The King Bees, the Mannish Boys and the Lower Third –provided him with an introduction into the showy worlds of pop and mod, and by 1966 he was David Bowie, with long hair and aspirations of stardom rustling about his head. Kenneth Pitt signed on as his manager, and his career began with a handful of mostly forgotten singles and a head full of ideas. It was not until 1969 that the splash onto the charts would begin, with the legendary Space Oddity (which peaked at #5 in the UK) 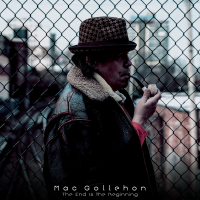 Japanese photographer Masayoshi Sukita is a giant of 20th-century photography, and his contributions are immeasurable. His work ranges from documenting urban life, fashion and travel to taking celebrity portraits and film sets. Born in Nogata Shi, Japan, in 1938, his photo career began when he received his first camera as a present from his mother and ...

Eternity Masayoshi Sukita 256 Pages ISBN: 9781788841078 ACC Art Books 2021 People may or may not recognize his name but they have certainly seen his photographs. For the past 50 years, photographer Masayoshi Sukita and his camera have captured an enormous number of genuinely emblematic images of pop ...