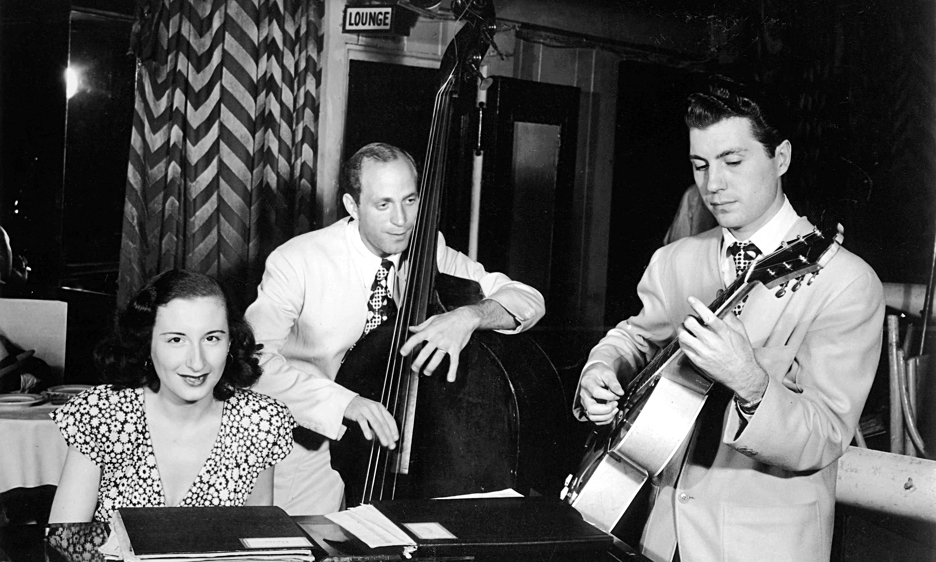 By Jakob Baekgaard
July 3, 2022
Sign in to view read count
Every record is a moment in time, but also a musical portrait of the artist who creates it. When Barbara Carroll released the Verve album, Barbara, in 1958, it would mark a watershed moment in her personal and musical life. Her husband and close collaborator, bassist Joe Shulman, died of a heart attack the same year at 33. This was one of their last sessions together. Shulman began playing in Carroll's trio in 1949, and they married in 1954. Recorded with drummer Bill Faite, Barbara is testimony to their close musical relationship, but there is no doubt that the star on the record is Carroll.

Born January 25, 1925, in Worcester, Massachusetts, Barbara Carole Coppersmith started playing the piano when she was five years old, and she went on to get classical training and eventually attended the New England Conservatory in Boston for a year. Carroll got practical experience when she played with an all-female trio on a USO tour during the Second World War. After the war, she made a name for herself in New York as one of the female pioneers of bop. Early on, she had fallen in love with the jazz she heard on the radio, including pianists Art Tatum, Teddy Wilson, and Nat King Cole, and she took the music a step further by incorporating the sound of the times into her own playing. The jazz critic Leonard Feather appreciated her music and called her "the first girl to play bebop," but she also encountered prejudice and sexism, as she explained in an interview with Les Tomkins from 1978:

"All my life, though, I've been plagued with two things. One is people saying to me: 'You really play well for a girl.' The second 'compliment' is: 'You play just like a man.' Now, I know that when people say the latter they mean it with great sincerity, and they consider it the highest form of praise. However, if you really think about it a minute, it is rather a matter of male chauvinism, isn't it? I mean, it's incredible to them that you can play well and be a woman."

Carroll wasn't only limited from the outside by perceptions of gender, but also by genre conventions that tied her to the bop idiom, something she told Les Tomkins she was quite relaxed about:

"As for my bebop influence—who's playing today, who was playing in the 1950s who hasn't been influenced by bebop? I don't mind being termed a bebop player—I consider it a high compliment. I haven't heard the term used too much in reference to me, or to most people recently. But bebop has invaded every sphere of music, you know: I don't think you can be any kind of a jazz player today, and not have been influenced by Charlie Parker, and by Dizzy, and by Thelonious Monk, etcetera—right? I mean, that was the revolution, and we have all learned from the bebop era. We have all absorbed that kind of thing, and it's a part of what we do now."

While it's undeniable that Carroll's sound is influenced by bop, it's also a very personal sound that can't be pigeonholed, and it embraces different stylistic devices and moods. On Barbara, bop is just one ingredient among others.

The album starts with "The Trolley Song," the theme carried by knotty chords and playful piano jumps reminiscent of Thelonious Monk. Drummer Faite sounds like he is banging on a pan. Then the song accelerates into light, fast swing, propelled by brushes. The theme is also transformed sonically, but later returns to its previous shape. The antidote to the playful changes in tempi on "The Trolley Song" is the slow, brooding ballad "I've Grown Accustomed To His Face" that sings the melody from the inside. The mood is lifted on the standard "Life Is Just A Bowl of Cherries" where Shulman's accompaniment is almost invisible and gives plenty of room for Carroll's inventive variations on the theme with its echoes of stride piano.

"It Might As Well Be Spring" is another personal take on a standard. The slightly modernistic nature of the piece is pinpointed in television personality Dave Garroway's liner notes: "(It) reminds me of Cezanne, with tangential, prismatic sounds, just on, just off." There are also classical flourishes in Carroll's embellishments, and a sense of space.

It's the tension between bop and swing, fast and slow, the abstract and melodic, and humor and seriousness that characterizes Barbara. Carroll can outswing anyone, but she also boils the tempo down into a quiet simmer on the ballad "Easy Living," which has an undercurrent of melancholy. Life is not merely easy. The moods have as many shades as the music which develops from the daylight frolic of "The Trolley Song" to the nocturnal closer, "Blues for Blue-Eyes," an original penned by Carroll. It finds her exploring a midnight mood with slow runs on the piano and Shulman's bass whispering in the background.

While she certainly was a pioneer of bop, the piano of Barbara Carroll displays much more than just that style. Just as you need to talk to someone to learn about their personality, you need to listen to the music to understand the artist. Barbara and the RCA recordings that came before the album is a good place to start, but they document only the early stage of what would be a long and distinguished career. It might be that Barbara was the end of an era and the relationship with Shulman, but Carroll, who also sang, had plenty more to say and continued to play and record for several decades until she died at 92 in 2017. She was justly remembered by The New York Times not as pioneering female bop pianist, but as a "pioneering jazz pianist and singer."