The elegant jazz pianist, composer and vocalist Barbara Carroll is regarded as one of today’s most fascinating purveyors of swinging jazz piano and expressive vocals. Equally at home in a concert hall or intimate music room, she connects with her audience through the passion, joy and emotional power of her performances. Her inventive piano playing and unique vocal sound transforms composition by Harold Arlen, Cole Porter, Billy Strayhorn or Thelonious Monk into her own art with emotional directness and respect for the tunes and their possibilities.

Noted jazz critic Leonard Feather declared that she was "the first girl to play bop piano," and People Magazine recently wrote: “Barbara Carroll’s jazz pianism is the subtlest and most intricate that New York has to offer.”

Ms. Carroll’s diverse musical career began at the age of five with piano lessons in her native Worcester, Massachusetts. Her classical training began at age eight and continued through her years at the New England Conservatory of Music. Along the way, she developed a fervent interest in jazz and was influenced by the work of Nat “King” Cole, Bud Powell, Charlie Parker and other important musicians of the era.

After making her New York debut at the celebrated Downbeat Club on legendary 52nd Street, she went on to perform in major music rooms across the country to audiences that regularly included luminaries such as Frank Sinatra, Lena Horne, Tony Bennett, and Dinah Washington. Her work over the past 50 years has spanned everything from appearances on Broadway with her trio in Rodgers and Hammerstein's Me and Juliet to performances in concert halls, jazz clubs, on major TV shows and festival stages throughout the world. She has performed for President and Mrs. Clinton at the White House and has made more than thirty major label recordings with an array of jazz legends including Art Farmer, Claudio Roditi, Bucky Pizzarelli and John Pizzarelli.

Ms. Carroll, whom many regard as New York’s “first lady of jazz piano,” recently completed a record-breaking run at the famed Bemelmans Bar in the Carlyle Hotel, where she appeared annually for two extended engagements for 24 consecutive years. Now performing nearly every Wednesday at Birdland (with bassist Jay Leonhart and Joe Cocuzzo on drums), Ms. Carroll has returned to the kind of jazz clubs that made her famous in the 1950s.

Her 2005 release of “Live At Birdland,” showcases her extensive repertoire coupled with her intimate knowledge and presentation of jazz piano at its best.

A Salute to Barbara Carroll One Morning in May 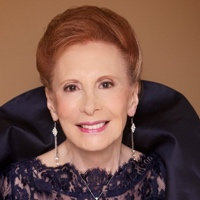 All About Jazz musician pages are maintained by musicians, publicists and trusted members like you. Interested? Tell us why you would like to improve the Barbara Carroll musician page.