Jacky Terrasson, winner of the distinctive Thelonious Monk International Jazz Piano Competition and two time Grammy nominee, was acclaimed by The New York Times Magazine as “one of 30 artists under the age of 30 most likely to make an impact on American culture in the next 30 years.” Since his 1994 Blue Note debut, Jacky Terrasson, he has earned phenomenal worldwide response, ranking among Time magazine’s Top Albums of 1995 and establishing him as a creator of new standards.

Los Angeles Times heralds Jacky as “a pianist with a shining improvisational imagination, Terrasson seems clearly determined to follow his own path.” That path has criss-crossed the Atlantic from his native France where at age 12 he discovered his mother’s jazz collection, inspiring him to depart classical piano for the “freedom of expression in improvisation”. While studying at the prestigious Lycee Lamartine Jacky became a protégé of Francis Paudras, whose experiences with Bud Powell became the basis for the film ‘Round Midnight and who encouraged him to attend Berklee College of Music in Boston. A year at the famed conservatory introduced Jacky to Javon Jackson who years later invited the pianist to perform on his Blue Note debut, produced by Betty Carter. In quick succession, Carter hired Jacky as her pianist, his first gig with her coming the day after he won the Monk Competition which itself spawned a bidding war for a major recording contract, landing him on Blue Note. Blending elegance and exuberance with improvisational mastery, Jacky recorded two more projects (Reach, Alive) with his trio of Ugonna Okegwo and Leon Parker forming one of the most distinctive sounds of modern jazz. New York’s Newsday was prompted to declare “It is hard to think of another trio that creates as much high drama.”

In 2007 Jacky will release his first solo piano recording which offers several new compositions along with his trademark inside-out arrangements of a few standards and a musical nod to his French-American heritage. His previous eight CDs, all on Blue Note include the 2001 Grammy nominated Kindred with vibist Stefon Harris, his acclaimed collection of French favorites, À Paris, and the2002 follow up Smile, ranked Top Ten Best Album by the International Herald Tribune. Terrasson received a second Grammy nod for his work with Emmanuel Pahud on Into The Blue (2004).

Jacky has collaborated with some of the most noted vocalists in jazz recording Rendevous (1997) with Cassandra Wilson and serving as arranger and accompanist with Dianne Reeves, Dee Dee Bridgewater, Jimmy Scott and Betty Carter, who called Jacky the most challenging pianist she had ever worked with. He has also played with Ray Brown, Art Taylor and recorded two albums with Ry Cooder. Jacky has performed at some of the world’s most prestigious festivals and halls including The Kennedy Center, Lincoln Center, McCarter Theater in Princeton, National Concert Hall in Tapai, China, Sumida Tripony Hall in Tokyo, Holland’s North Sea Jazz Festival Perugia Jazz Festival in Italy, Montreal Jazz Festival, Monterey Jazz Festival among many others.

In addition to performing solo piano, trio and special appearances with Emanuel Pahud, Jacky has reunited with bassist Ugonna Okegwo and drummer Leon Parker as a collective band, touring as T.O.P. Their recent sold out tour was capped by a standing room only performance at the famed Sorbonne in the St Germain de Pres Festival in Paris. Show less 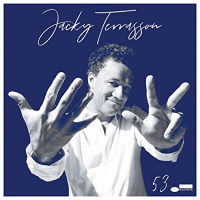 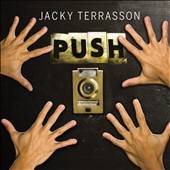 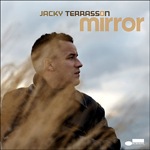 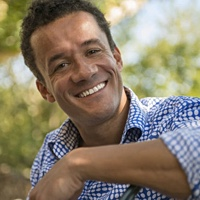 All About Jazz musician pages are maintained by musicians, publicists and trusted members like you. Interested? Tell us why you would like to improve the Jacky Terrasson musician page.