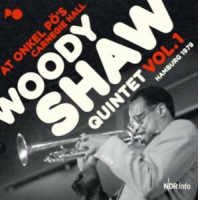 Woody Shaw was born a decade or so after quintessential hard-bop trumpeters Lee Morgan, Donald Byrd and Freddie Hubbard, Shaw's professed role model. He came to the party late but he came bearing gifts—a strong technique, an ability to play inside and outside with equal conviction, and a lot of soul. These qualities were to the fore on two sideman albums on which Shaw's reputation was established, Eric Dolphy's Iron Man (Douglas, 1963), Shaw's recorded debut, and Larry Young's Unity (Blue Note, 1965).

Between 1965 and 1972, Shaw went on to high-profile spells with Horace Silver, Chick Corea, McCoy Tyner, Max Roach, Joe Henderson and Art Blakey. He achieved a kind of stardom, but it was that of a musician's musician not a headliner. He was dogged by ill-health, which held him back in career terms, and he compounded this by spending extended periods away from New York performing in Europe, which he found more congenial. He was already a marginalised figure when he recorded his masterpiece, Rosewood (Columbia). Made with a twelve-piece band, the album was voted Best Jazz Album of 1978 in Down Beat. Shaw passed in distressing circumstances in 1989, aged 44.

In career terms, Shaw was an under-achiever. But he left behind a large body of superb jazz, most of it on other musicians' albums, which show how different things might have been. He shone most brightly as a soloist and he never showed tremendous inclination to compose (only one track on Rosewood is a Shaw original), which is not necessarily a prerequisite of own-name stardom though it helps.

It is a straight-ahead blowing session but a good one. Disc One comprises two tracks each a minute or two shy of twenty-five minutes: John Coltrane's "Some Other Blues" and Jerome Kern's "All The Things You Are." Disc Two has three somewhat shorter ones: two Shaw originals, "Stepping Stone" and "In A Capricornian Way," and one by Gumbs. Audio quality is excellent.

CD1: Some Other Blues; All The Things You Are. CD2: Announcement; Stepping Stone; In A Capricornian Way; It All Comes Back To You.