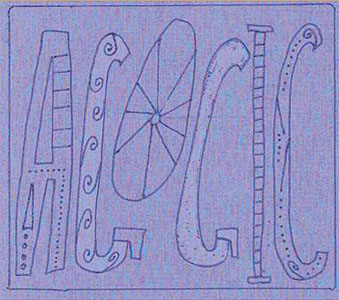 Seattle's music scene is well known for its alternative rock bands, such as Pearl Jam, Alice in Chains and Soundgarden. But the nonconformist jazz of Agogic's debut would rival them all in terms of its own energy and inventiveness. Born from the collaboration between saxophonist Andrew D'Angelo and trumpeter Cuong Vu (whose resumes are dotted with the likes of David Bowie, Pat Metheny and Kurt Rosenwinkel), the group is further cemented by bassist Luke Bergman and drummer Evan Woodle.

Agogic's pieces are like impressionist collages; at times painted with heavy back beats and eccentric harmonies in "Acid Kiss," or ripples of hushed and elongated notes that are coupled with a strummed bass chords and tribal drums in "Old Heap." Vu's horn is the most familiar, its electrified signature heard in his recordings Leaps of Faith (Origin Records, 2005) and It's Only Residual (ArtistShare, 2005). But D'Angelo's got his own bag of tricks, providing nice bass clarinet touches, exhausting lines and skronks in the jamming pieces "Too Well" and "Use 2," or indistinguishable sounds that add depth and granularity.

But what really identifies Agogic is its collectivism. It's a unit that can thrash like acid rockers; provide unpredictability by way of a soft melody in "Felicia," or travel light years to another galaxy in "Gently Shifting Next"—while, underneath its skin, lies the heart of Miles Davis, Ornette Coleman, and some Kurt Kobain thrown in, for good measure.