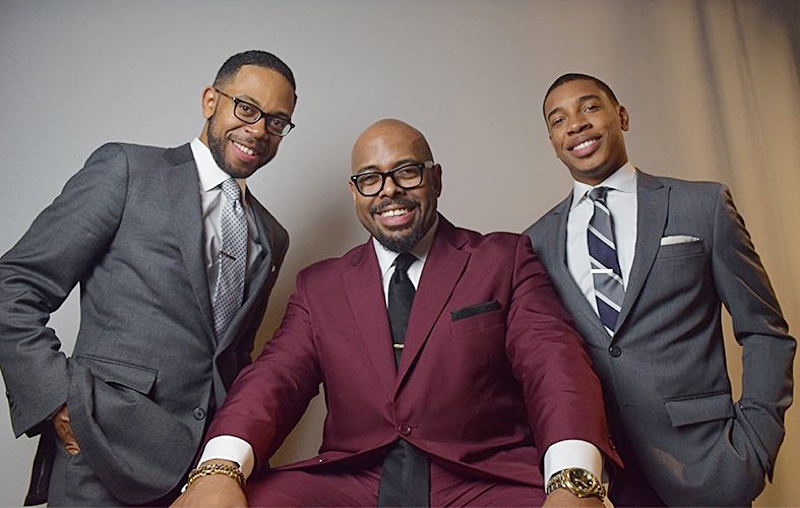 With a jovial toast to his band and the packed and boisterous Vanguard crowd, Christian McBride and Tip City began their first set as you'd expect they'd kick off their second, burning on all cylinders, each player locked in from the get-go and the audience raring to ride along with them.

In a grand addition to his ever restless creativity, personality, and master playing, McBride relishes bringing new, fire-breathing talent to the stage, and with guitarist Dan Wilson and pianist Emmet Cohen two of the top young turks in jazz were enjoying the NY spotlight. In Cohen's case, Tip City is his Village Vanguard debut, and if tonight was any marker, he's making the utter most of this five night residency; immediately establishing himself as both leader and foil, with fierce, free flowing solos and impressionistic melodic phrases that conjured in many a mind Oscar Peterson, Chick Corea, Ahmad Jamal and Bill Evans. Cohen continuously traded tasty with Wilson, whose clarion, lyrically warm, clear tone brought many a satisfied "O yeahs" from each player and an exceptional glow and magic to the music.

There is simply no one playing as thoughtful, energetic, and un-flash as Cohen and Wilson, and the smile on McBride's face said it all. Fired up by his two younger cohorts, McBride played with irresistible looseness and humor, and his animated, net defying rhythms were an inspirational constant throughout the percolating first set. Bounding playfully and effortlessly from Ray Brown's "FSR (for Sonny Rollins)" chestnuts "I'm Afraid the Masquerade is Over" and "In The Wee Small Hours"; Milton Nascimento's rhythmic tour-de-force "Cravo and Canela," Cohen's tightly woven "Three of Us" and a show-stopping, audience shouting, rave-up of Lennon and McCartney's "Got To Get You Into My Life" left Tip City and the Vanguard fully aware they had not only experienced an illuminating performance, but that the music that brought us here on this beautiful NY jazz night was in confident new hands, and would bring us back once again.