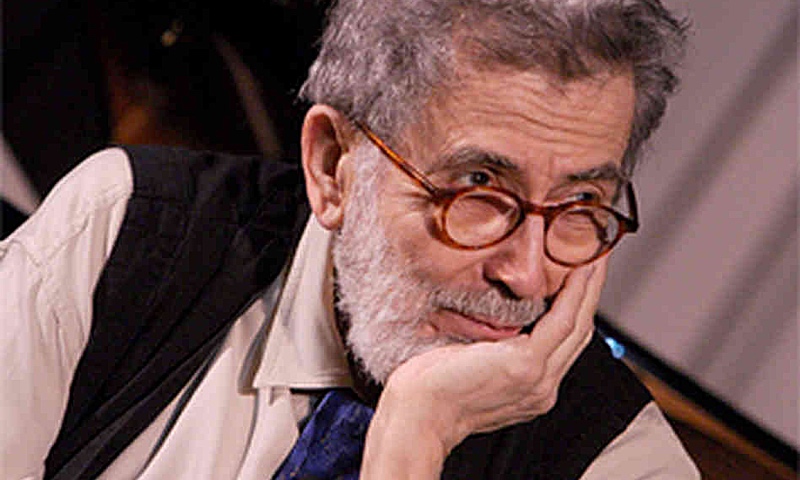 By JIM TRAGESER
January 8, 2017
Sign in to view read count
Nat Hentoff was an old-school intellectual whose favorite topic—whose very touchstone—was, throughout his life, jazz.

At one point in the 1990s, Hentoff—who passed of natural causes on Jan. 7—announced that he was giving up writing about jazz to focus on topics that seemed more critical—free speech and civil liberties, which he felt were under constant attack from all ends of the political spectrum. And while he continued to advocate for free speech and civil liberties for the rest of his life, after a few years he did come back to writing about the music. Hentoff could no more stop writing about music than he could give up breathing. (And his family reported that as he passed away, he was listening to his beloved Billie Holiday.)

While Hentoff's career as a jazz critic and journalist is well-documented and mostly available in print, there are two areas of his jazz career that deserve wider dissemination—and celebration.

First is Hentoff's short-lived but productive role as a record producer.

While the LP-buying jazz audience knew Hentoff's name from the hundreds, perhaps thousands, of albums that featured his liner notes on the back cover, in the early 1960s Hentof ran Candid Records as A&R man—a role that undoubtedly escaped many of the fans buying these LPs. Candid was a small imprint on the independent Cadence label before small, independent music labels were called indies.

In describing how he saw his role during recording sessions, Hentoff said he sought to create a relaxed atmosphere where the musicians would feel free to make the music they wanted. He recorded everyone from straight-ahead guys like Bud Shank and Clark Terry to cutting-edge figures like Cecil Taylor and Charles Mingus. He even brought blues legends Otis Spann and Lightnin' Hopkins into the studio before the blues renaissance made them into stars.

The Candid library is a remarkable snapshot of the jazz world of the 1960s.

Also worthy of noting for the record is Hentoff's role in nurturing younger jazz critics.

When just starting out in this crazy racket 35 years ago, I worked up the nerve that only a 20-something can work up and wrote him a letter asking for his advice. A few weeks later, I received a handwritten note in return. I then sent him some samples of both jazz and political writing I was working on, seeking his input. He returned them with a few thoughts scribbled in the margins on how to perhaps organize the thoughts a bit more cogently, and included a very encouraging note saying he enjoyed my writing and looked forward to reading more in the years to come.

I've learned in the years since that I was hardly alone in his kindness toward young writers.

That kind of validation is perhaps to blame for the fact that I'm still trying to figure out how to use words to describe the magic that is jazz.

Hentoff himself was not the most gifted of writers; his prose will never be confused with that of Hemingway or Camus, his journalism rarely sparkled with the pure wit of a Mike Royko or the warm rolling cadence of a Red Smith.

But what Hentoff had that so endeared him to his fans—and mostly earned him the grudging respect of his detractors—was a streak of humble honesty that illuminated his writing, and lent his words their power.

Hentoff wrote what he thought and felt—if his writing lacked the lyrical beauty of Coltrane or the structured elegance of Ellington, he at all times possessed a singular sense of intellectual and artistic honor, a focused honesty that cut straight to the heart as effectively as any solo by the musicians he so admired.