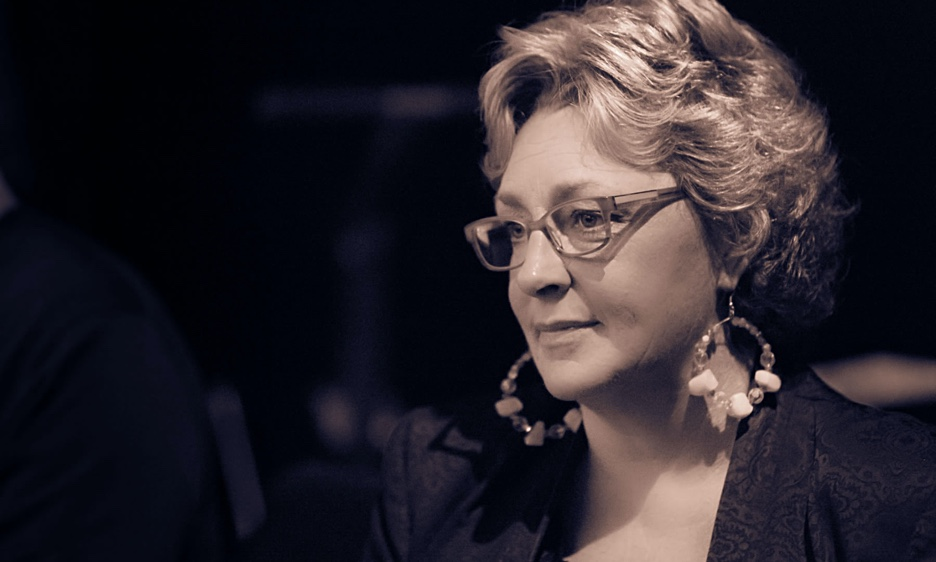 The human voice itself has the ability to reach an audience, the subtle timbre changes and virtually endless variety of sounds the human voice can make, give it an advantage if a singer is willing to take the challenge. —Greta Matassa

The city of Seattle has a jazz history that dates back to the very beginnings of the form. It was home to the first integrated club scene in America on Jackson St in the 1920's and 30's. It saw a young Ray Charles arrive as a teenager to escape the nightmare of Jim Crow in the south. It has produced such historical jazz icons as Quincy Jones and Ernestine Anderson. In many instances it has acted as a temporary repose for greats such as Jelly Roll Morton, Joe Venuti, the aforementioned Charles, Larry Coryell, Julian Priester and Randy Brecker to mention but a few.

Greta Matassa has been one of the most talented vocalists in jazz over the course of her forty year career. Her dynamic range and musician's approach to jazz vocals sets her apart from most. She has an innate sense much like that of a horn player, with a pure instrument that allows her to freely interpret, and interact with her bandmates. There is a fearlessness attached to her musical being, with an understanding of the advantage a voice artist has as a musician.

"The human voice itself has the ability to reach an audience, the subtle timbre changes and virtually endless variety of sounds the human voice can make, give it an advantage if a singer is willing to take the challenge. I also find it interesting when working on improvisation concepts with instrumentalists to point out that there is virtually no disconnect between an idea and implementation of an idea with the human voice. Essentially an instrumentalist has to have an idea and quickly translate it onto an instrument outside of their own body. I have such easy access to implementing these ideas that in the best of circumstances, there is no disconnect," she says.

Matassa is the most influential, and the most accomplished, jazz vocal stylist to come out of her hometown of Seattle, since the great Ernestine Anderson. She has gained international acclaim, performing with such jazz notables as John Clayton, Jeff Hamilton, Houston Person, Russell Malone, Mike Stern, Tamir Hendelman, David Frishberg and Peter Bernstein. She has performed frequently on stages in New York, Los Angeles, Chicago and New Orleans. Her whirlwind schedule has included tours of Russia, Singapore and Japan. Indeed, her dues have been paid, her original approach developed on the bandstand surrounded by the best musicians the genre has to offer. Her journey has been well chronicled across eleven albums, including her most recent, Portrait (Origin, 2019).

The new record is in fact a portrait of her long time working band, the tunes performed as if they were played on stage during the quintet's 25 year residency at the now shuttered Seattle jazz spot, Tula's. The long-time tenure has evolved into a remarkably intuitive musical association, grounded in the bass of Matassa's husband, bassist Clipper Anderson. The colorful voicings of pianist Darin Clendenin are a seamless companion to Matassa's imaginative approach to melody, and melodic improvisation. Drummer Mark Ivester provides the momentum that ties the band's working parts together. The album may just be Matassa's best to date.

"I'm very happy with the recording, I feel it captures a lot of the 'in the moment' nature of our approach to arrangements. I've never been a fan of overly arranged material. I like to choose songs with great bone structure and let the music happen without a lot of frills. I really feel it's our best work to date," she remarks.

It should be noted that Matassa refers to the release as "our" best work to date. The album and the band may carry her name, and her strong presence as a bandleader, but she has always approached her art as part of a whole. Her transcendent natural talent is embellished by a great ability to listen, to allow the talents of her formidable band to rise to the surface. Her voice, and that of saxophonist Alexey Nikolaev, combine to create a strong front line, and a powerful pair of soloists. She stresses Clendenin's playing has in a sense refined her sound, enhancing her ability to delve into a tune deeply.

"The addition of Darin Clendenin allowed me for the first time to truly explore not only my flashy, big dynamic sound, but for the first time, truly explore the subtle possibilities of phrasing. This group allowed me to mature harmonically as well. I felt I was surrounded by such harmonic maturity, that if I listened carefully and learned, I would grow to be a band leader worthy of my players. The addition of Alexey Nikolaev on tenor saxophone is the culmination of what this group's potential has always been. He is a dynamic and incredibly supportive voice in this band. His soloing provides an opportunity for me to learn so much. We enjoy each other as soloists in a way that it's hard to describe. It is always thrilling to have him on stage," she states strongly.

Matassa's decision to go into teaching has benefited two generations of students, from those with professional aspirations, to those simply wanting to gain an avenue of expression in their lives. Students who study and workshop with her in Seattle, ultimately have the opportunity to perform with her stellar band in front of a live audience. For many years, that opportunity came on the stage of Tula's, for 26 years the mainstage of the Seattle jazz scene. It allowed students to feel the vulnerability of performing jazz in high company, in a historic setting. Often, the student showcase would take place before Matassa herself performed with the quintet. Over the years, these experiences have led to more than mere mentorship, with bonds formed through the pursuit of artistry within the jazz tradition.

" I tell students that singing jazz music is like holding 14 spinning plates in the air at the same time. I try to work with them in such a way that each of these plates gets attention in practice, allowing them to be responsive in a live performance environment to the stimuli around them. Jazz music is less choreographed and preplanned than other forms of music singers are accustomed to. Allowing them to free their imagination, free them from fear, and let go of preconceptions of safety, opens the opportunity for them to experience music on a level unprecedented for them," she says.

What draws Matassa to a tune, is highly emblematic of who she is as a musician. Whether interpreting a lyrical standard, or using her voice in an instrumental context, her phrasing is not only eloquent, it is adventurous and wildly imaginative.

"What draws me most to a piece of music is what I call the 'bone structure.' A great chord progression, with an inevitable sounding melody, that includes some harmonic surprises is what draws me. The lyrics are often secondary. I realize that comes as a shock to some listeners! However I find myself willing to sing some lyrics, even dated or misogynistic, if the chord progression and melody are such a fun ride that I can easily forgive. That said, some of the most profoundly honest and moving lyrics I have discovered are on more obscure recordings from singers like Blossom Dearie and Shirley Horn," she states thoughtfully.

During a typical performance, she may interpret a Duke Ellington classic, before performing an instrumental tune by Pat Metheny or Michael Brecker, in either case expressed in the moment with fearless abandonment. Her phrasing is novel, identifiable, and clearly rhythm based. "I am a very rhythm oriented singer. One of my rhythm exercises for students is something I call 'tap dancing the words.' This is playing with the polyrhythmic options of the syllables in the lyrics. Fun stuff," she says.

Matassa has continued to record and tour relentlessly into the new decade, in Seattle, searching for a new home since the closing of Tula's the end of September in 2019. She is best seen and heard in an intimate setting, with an all-in listening audience. She is one of the rare singers who takes a few requests each evening, something more easily facilitated with a band of some tenure like hers. Those that have seen her perform on multiple occasions are amazed by her virtuosity, consistency and relentless passion for her art. Her appreciation of her audience, of her gift to perform, is warm and genuine. The room is certain to be full, often attracting notable jazz vocalists in town on tour wanting to see her perform, and meet her. Being at the top of your game for the better part of four decades makes that happen.

The legacy of Seattle jazz is replete with legendary artists. Matassa is an integral part of that colorful history. As both a performer and educator, she is the centerpiece of an ever growing community of Seattle singers united in song. Her international profile speaks to the vibrance of America's original art form in the Pacific Northwest, and tells that story on a global scale. With the world community on pause due to the Covid-19 outbreak, Matassa plans to dig into re-igniting the scene in Seattle that has been deeply impacted by the pandemic. When push comes to shove, Seattle's international star is a true blue Seattleite first.

"Well, it's amazing what an experience like we are all going through does for you in terms of crystallizing what is important. My values are changing! Before this happened, I had been doing quite a bit of traveling, teaching and performing, often without my band, on the road. Although an occasional trip out of town will be in my future, my focus, when this is over, will be rebuilding the jazz scene in Seattle and the venues that will have suffered from this," she says.