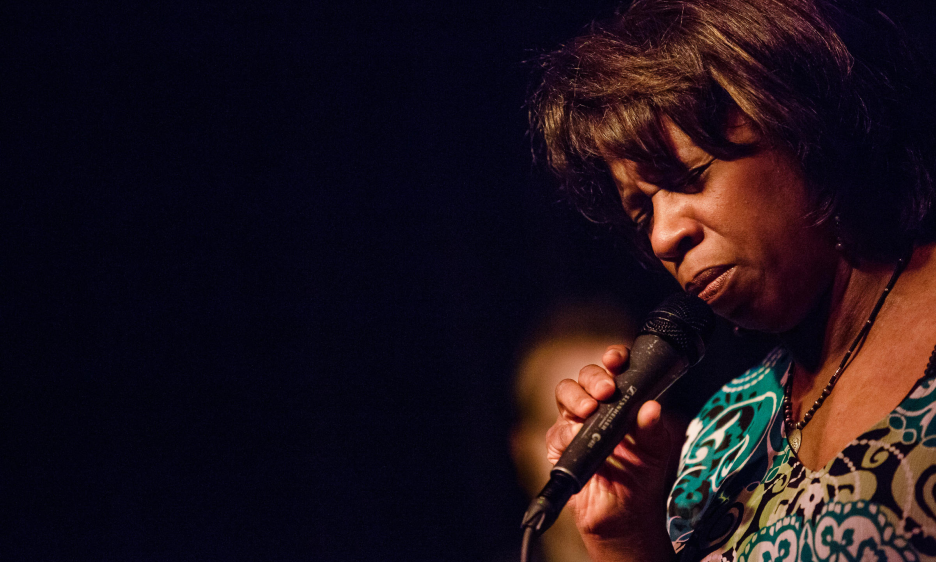 By PAUL RAUCH
April 13, 2020
Sign in to view read count
The city of Seattle has a jazz history that dates back to the very beginnings of the form. It was home to the first integrated club scene in America on Jackson St in the 1920's and '30s. It saw a young Ray Charles arrive as a teenager to escape the nightmare of Jim Crow in the south. It has produced such historical jazz icons as Quincy Jones and Ernestine Anderson. In many instances it has acted as a temporary repose for greats such as Jelly Roll Morton, Joe Venuti, the aforementioned Charles, Larry Coryell, Julian Priester and Randy Brecker to mention but a few.

The history of jazz music is replete with stories of young musicians rising from towns and cities all over the country, congregating in jazz meccas such as New York City, Chicago and New Orleans. In modern times, the stories all entail study at some institute of higher learning before setting out to pay dues where they need to be paid-on the bandstand.

The story of Seattle jazz vocalist Gail Pettis travels a much different trajectory. A Harvard educated Orthodontist raised in Gary, Indiana, she built a successful practice in that field before she ever sang a note from any stage, in any city. Her connection with music was dancing with friends, providing those moments of complete vulnerability that she would later experience as a singer.

Pettis didn't enter her new profession toting a degree from Julliard, Berklee, or The New School. These are designations that do not mean a thing when she steps up to the microphone and delivers her brand of soulful, blues drenched artistry. Her rare ability to connect with her audience creates a very personal ambience to her performances, exuding a feeling of warmth and sophistication. She is a storyteller at heart, with her audiences noticeably hanging on to every word, delivered with every note.

Pettis most often performs within the context of a standard jazz quartet, while as well performing with gypsy jazz aficionados, Pearl Django, and master Brazilian pianist Jovino Santos Neto. She seamlessly shifts from one band to the next, maintaining the high bar she has set in terms of her core artistry. She seemingly never disappoints, approaching each performance as a new opportunity for self expression.

"Yeah, I mean they're all different and it's all cool, so it feels a little bit to me like going someplace and having a pickup band in a sense, because you're just kind of getting to gel with other people, to find each other," she says.

Pettis' decision to give herself to music eventually led to her first album on the Origin/OA2 Records label, May I come In? (Origin/OA2, 2007). She teamed with pianists Randy Halberstadt and Darin Clendenin, bassists Jeff Johnson and Clipper Anderson and drummer Mark Ivester to produce an intimate glimpse into her musical world that in reality was just beginning to take form. Pettis found herself in the music, finding a true feeling of inner peace and inspiration in the very moment of every song she offered her audience.

"It's all in the moment. It's almost like playing tennis. When I lived in Memphis, I took a tennis class during what was a very stressful time. I would have the experience of a world being reduced to that little yellow ball, and everything else would fall away. Getting lost in the music where there's that little yellow ball, or whatever the jazz equivalent of that is, it's still fresh and new every time," she says. Pettis released a second album in 2010 whose title expressed just that. Here in the Moment (Origin/OA2, 2010) featured the same group of musical allies, and again brought to light the sheer artistry of her craft. She has a wonderful way of hanging back just a bit on the melody, easing her way to the last note with her silky smooth alto. There is more than a hint of the blues in every tune she takes on, whether it be an upbeat tune such as "Day In, Day Out," or delivering the goods on a ballad such as "I've Grown Accustomed to Your Face."

One might assume that Pettis' upbringing in Gary, in the shadow of the city of Chicago, would point to her connection with the blues/jazz tradition. She lived in Memphis for a bit as well, the veritable crossroads of the blues. The truth however, more lies in her experience in her new city of Seattle, where she discovered the swing rhythm most closely through dance, and allowed it to provide the inspiration to pursue singing.

After she had begun performing, she discovered that she did have a real connection with the blues through her family. Pettis had a grandfather she never had the opportunity to know. Arthur Pettis was a blues singer and guitarist who recorded for Victor Records in Memphis in 1928 and for Brunswick in Chicago in 1930. He was a noted finger stylist as well, with a signature delta blues style that would influence artists such as Reverend Gary Davis. His granddaughter now had the opportunity to connect with him through his music, utilizing the creative lens of her own.

"I never found out about his music, until after I had moved to Seattle. When I found it, I had already started singing. After I found out about my grandfather, I thought, 'I guess that's my legacy, to sing.' It was almost like he gave me permission," she recalls.

She as well discovered the the elder Pettis was a songwriter, and began to think in terms of performing one or more of his tunes. In any case, the connection was a remarkable musical and familial revelation. "There's one of them that I want to do," she says as plans for her third album begin to unfold. While scanning the JazzWeek radio charts during the release of her second album, Pettis discovered a radio playlist from a station that had on two separate programs, played both her music and that of her grandfather.

"It's a big play, a big deal you know, on that same day, same station as your grandfather on the jazz club program and the blues program. That was pretty cool," she remarks.

There are intrinsic values to being human, something each individual belongs to by its very nature. For Pettis, that inherent sense is accessed and expressed through song. It leads to getting inside a melody and allowing the story to tell itself. It creates an anticipation in the listener leaning in for each note, wondering which way the tale will be spun. Pettis' art is a motivation from within, attached to a love of form and tradition that all comes down to the blues.