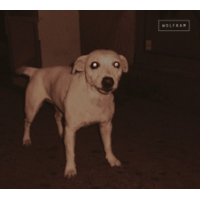 Wolfram Trio is a new Norwegian outfit that adds its own version to the existing European mix of acoustic free jazz and free improvisation. The trio claims its roots in the pioneering work of saxophonists Peter Brötzmann and Evan Parker, as well as bassist Barry Guy—saxophonist Albert Ayler, even—but does not demonstrate any overt reverence to these influential forefathers, nor does it try to mimic their personal articulations.

This short debut—10 unnamed tracks that clock in at less than forty minutes—was produced by fellow Norwegian sax hero Frode Gjerstad, who also mixed and master this recording. Under his guidance, the trio has formed its own sound and dynamics—fast, muscular, explosive and highly playful. The trio plays as one tight unit from the first seconds of each track, pushing ahead in uncompromising and intense manner, letting the chaotic volume and volition take form and reach its climax, only to then be abandoned by the next track.

There's no clear leader in this trio. On some of the tracks it sound as if all three are forcing their own busy and opinionated ideas through a hectic improvisation, or searching for a common sound. On other tracks it may be any one of them that sets the rhythmic framework or the noisy, leading sound. This trio often surprises with almost silent and highly delicate improvisations, where each sonic utterance carries a much greater import, as can be heard on the fifth eight and the tenth improvisations.

There are many Norwegian outfits that operate on the free, left-of-center side of jazz. Wolfram Trio is another excellent addition to this field—eager, powerful and ready to leave its mark.