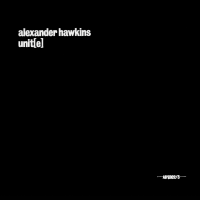 With each subsequent release, pianist-composer Alexander Hawkins further cements his place in the top tier of modern, forward-thinking artists. The Oxford, UK native has worked as a leader in nonet, ensemble, quartet, trio and solo formats and is a member of the Convergence Quartet featuring cornetist Taylor Ho Bynum, drummer Harris Eisenstadt, and bassist Dominic Lash. Increasingly in-demand, Hawkins has recently recorded with Evan Parker on the duo release Leaps in Leicester (Clean Feed, 2016) and with Rob Mazurek on the Chicago/London Underground's A Night Walking Through Mirrors (Cuneiform Records, 2017).

Unit[e] finds Hawkins in familiar—and not so familiar—territory. The two-CD set is, in part, a celebration of the ten-year milestone of his namesake ensemble. That group has morphed since its recording debut No Now Is So... (FMR Records, 2009). The current lineup of Dylan Bates on violin, bassist Neil Charles, guitarist Otto Fischer, Shabaka Hutchings on reeds and percussionist Tom Skinner has been on board since Step Wide, Step Deep (Babel Label, 2014). The second part of the program features an extended ensemble of thirteen players where Hawkins does double-duty as conductor.

Opening the collection is the only cover composition; the quirky, hesitating swing of "For the People," written by the late free jazz multi-instrumentalist Jerome Cooper. On "[C]all (Part 1)," a gyrating tenor sax dances around a simple guitar melody while Hawkins contributes a sharp-edged improvisation. "[T]each" provides a bit more space for Hawkins to step out front along with Bates on a complex and abstract group improvisation. "[K]now" opens with a brief drum solo from Skinner, leading to a duet with Hawkins and spoken-word poetics contributed by Fischer. The rest of the group moves in and out of focus on this intriguing cut which precedes "[W]here," featuring an appealing duet between Fischer and Skinner after Bates lends a bit of melancholy to the opening. Hutchings smoky tenor lifts "[C]all (Part 2)," tossing the piece into a maelstrom of piano and drums with Fischer's funky guitar taking it out on the other side. "[S]how" has an off-kilter melodiousness driven by Hutchings' bass clarinet, the violin, and Hawkins' lyricism.

The opening piece for the larger ensemble is "Forge[t]," a wide open improvisation that shifts the timbre of the album to one dominated by brass and reeds. At more than fifteen minutes in length, "See[k] > Hear[t]" doesn't settle at any fixed address but plays off sections of the ensemble and shifting dynamics. "Idea[l]" takes a more subdued approach but in the same overall framework of free inventiveness. The anchor is often in the perception that the group members never lose awareness of their colleagues' input. "Sun[g] > Star[k]" is an appealing piece, more structured and featuring a beautiful solo from tenor saxophonist James Arben. It was initially commissioned by BBC Radio under the title of 'Imperfect Baobabs.' It leads to the finale—the title track—closing the album with a furtive air through a somewhat fractured lens.

With the use of brackets, Hawkins alters the meaning of each track title as in '[T]each.' It's a clever device that may [or may not] indicate the different ways in which we look at—or hear—things. Certainly the free-wheeling improvisational interplay on Unit[e] leaves these pieces open to interpretation. While the larger ensemble lessens the presence of Hawkins piano, it certainly doesn't marginalize his instrumental contribution. As a pianist, Hawkins can arguably be best appreciated on his solo album Song Singular (Babel Label, 2014); for an aggregate display of his myriad talents, Unit[e] is a tour de force.