By Eyal Hareuveni
February 20, 2013
Sign in to view read count 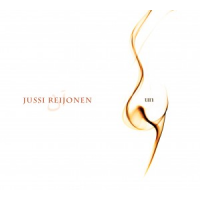 The debut recording of Boston-based guitarist and oudist Jussi Reijonen is a remarkable crystallization of musical concepts and influences from the West and in the East. It is also a mature reflection of the musical experiences that Finland-born Reijonen accumulated in all the places that he grew up, including the Finnish Arctic Circle, the Middle East and East Africa.

But more than that, it is the approach that Reijonen, a student of guitarist David Fiuczynski, Palestinian violinist/oudist Simon Shaeen, and Lebanese multi-instrumentalist Bassam Saba, chose for Un. Like a Japanese calligraphy artist, Reijonen opts for the introspective and skeletal, stressing space and silence over extrovert virtuoso playing. This humble decision enables him to comprise varied elements organically into his compositions.

Reijonen is well-versed with the Middle Eastern traditional scales (maqamat), as "Srepentine" and "Bayatiful" reveal. He articulates and ornaments their themes with brilliant oud playing and, on "Bayatiful," offers a rich, imaginative interplay with Palestinian kanun player Ali Amr. But he also introduce a Western, jazz-based concept of improvisation and Spanish-tinged rhythmic approach.

His irreverent interpretation of saxophonist John Coltrane's "Naima" is characterized by a reserved Nordic attention to space and time as well as a lyrical, chamber jazz atmosphere. Its gentle, minimalist interplay between ethereal fretless guitar lines, double bass, piano and percussion emphasizes the intimate mood. On the breezy "Tounami," Reijonen uses a fretted guitar to create nuanced and subtle lines, similar to the West-African kora. He continues with this kind of serene and meditative playing on his Indian-tinged duet with bassist Bruno Raberg, bending the strings of his fretless guitar to emulate the sound of an Indian sarod.

Reijonen's musical universe has no frontiers. It is a beautiful, sensual mosaic of traditions and influences.