Iconoclastic and prolific jazz-rock guitarist David ‘Fuze’ Fiuczynski, a jazz player who“doesn’t want to play just jazz”, has been hailed by the world press as an incredibly inventive guitar hero, who continues to deliver with music that is unclassifiable, challenging and invigorating. An innovative musician who has released nine CD’s and a double live DVD, Fuze is best known as the leader of the Screaming Headless Torsos.

In 1994 David, in collaboration with keyboardist John Medeski of Medeski Martin & Wood, woke up the sleeping jazz fusion world with a landmark CD, "Lunar Crush", which was chosen by Guitar Player’s 30th Anniversary Edition as a “Disc of Destiny”: in Guitar Player’s estimation, one of the most influential albums of the last thirty years. A funky, freaky party, Lunar Crush was a wild 90’s tribute to Tony William’s groundbreaking early-fusion band “Lifetime”. Fuze’s signature palette of otherworldly guitar sounds and enormous chops received astonished accolades from critics and fans alike and landed him on the cover of Guitar Player as a trailblazer who could “change the way you play!” In 1994 David became the original guitar player in Meshell NdegéOcello’s debut band and is prominently featured on her first two Grammy-nominated CD’s.

Just a year after Lunar Crush, Fuze released another influential album as bandleader and primary writer with his long-time group Screaming Headless Torsos titled “1995” for Warner/Discovery Records. The Torsos, fronted by vocalist extraordinaire Dean Bowman, were chosen by Musician Magazine as one of the top ten bands of 1996, described as “brilliantly blend(ing) jazz knowhow with a love for heavy riffs”. They inspired fans, other musicians, and numbers of cover bands all over the world, and toured Europe, Japan, North America and Canada. The Torsos recorded an excellent 1996 live cd, “Live!!” released in Japan on VideoArtsMusic, and then Dean took a hiatus, during which New York vocalist Freedom Brenmer sang with the band. In 2001 David bought back the rights to those Screaming Headless Torsos CD’s, and released them on his own label, FuzeLicious Morsels. Currently both Freedom Bremner and Ahmed Best are fronting the band.

Screaming Headless Torsos released a new studio CD “2005” and double live DVD “Live in New York & Paris” in early 2005. In 2006, they released a "Best Of" compilation, entitled "Choice Cuts". The Torsos have featured many of the top New York and US musicians in it’s many live performance lineups, but their recordings have all featured Dean Bowman, vocals; Fima Ephron, bass; Daniel Sadownick, percussion; Gene Lake, drums (“Live!!” & “2005”) and Jojo Mayer, drums (“1995”).

David Fiuczynski's Planet Microjam To Play At Shapeshifter Lab In... 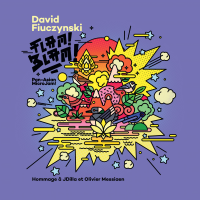 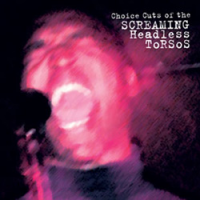 From: Choice Cuts
By David Fiuczynski

All About Jazz musician pages are maintained by musicians, publicists and trusted members like you. Interested? Tell us why you would like to improve the Steve Smith musician page.