By Jerome Wilson
March 23, 2020
Sign in to view read count
The idea of two tenor saxophonists playing together has a long, storied history in jazz through pairings like Dexter Gordon and Wardell Gray, Gene Ammons and Sonny Stitt, and Zoot Sims and Al Cohn. Such duos have become harder to find in recent years but here are two newer examples. 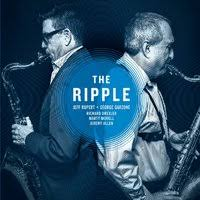 The title of this CD refers to the sound and influence of Lester Young, the first master of the subtle "cool school" tenor playing that both of these saxophonists favor. Florida-based Jeff Rupert plays in a smooth Stan Getz-influenced style while Boston legend George Garzone throws knottier and more abstract figures into his playing. The two mesh nicely, whether seamlessly fitting together on tunes like the bossa nova "Bahia" or chasing one another on an up-tempo romp through "Without A Song." On "Detour Ahead" and "The Red Door" especially, the contrast stands out as Rupert dances over the rhythm in straight, freewheeling lines while Garzone throws sour inflections and freak noises into his potent solos.

The duo also trade sassy blues choruses on "Red Top," play lustrously on Rupert's "Beauty Becomes Her," a sighing ballad with a hint of Billy Strayhorn's "Chelsea Bridge" and enjoy athletic workouts on Wayne Shorter's "Lester Left Town" where pianist Richard Drexler also gets a chance to stretch his muscles. This sessions of two separate but equal voices is a joy throughout. 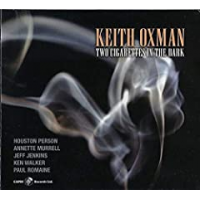 Keith Oxman obviously likes teaming up with other saxophonists. In the past he has recorded with Charles McPherson and Dave Liebman, and here he teams up with the old school tenor master, Houston Person.

Person only appears on six of the ten tracks of this CD but when he does, his heavy, authoritative sound blends well with Oxman's quicker-footed and brighter playing. They make a fun contrast on the likes of "I've Never Been In Love Before" and the title track, Oxman singing high and happy while Person rumbles deeply after him. They really seem to have fun trading soul/hard bop licks on Johnny Griffin's "Sweet Sucker."

Two duets, "Everything Happens To Me" and "Crazy He Calls Me" are further enhanced by the vocals of Annette Murrell whose raw sound combining aspects of Abbey Lincoln and Chris Connor, is beautifully caressed by the tenors. Oxman also gets four tracks without Person. He blows powerfully through the twisting likes of "Wind Chill," a boogaloo groove written by pianist Jeff Jenkins and "Murphy's Law Impacts L.E.A.P.," an impish samba where the piano gets to dance alongside the tenor.

Tracks: Bahia (aka Baia); Go Go; Stardust; Without A Song; The Shadow Of Your Smile; Detour Ahead; The Red Door; Red Top; Hoboken; Beauty Becomes Her; Lester Left Town; Alone Together.

Two Cigarettes In The Dark

Tracks: I've Never Been In Love Before; Voss Is Boss; Everything Happens To Me; Two Cigarettes In The Dark; Bossa For Baby; Murphy's Law Impacts L.E.A.P.; Crazy He Calls Me; Wind Chill; Sweet Sucker; Murrellancholy.