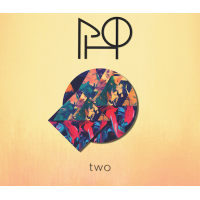 PHO, the Minneapolis funk band, is one of the hottest rising stars on the modern funk music scene. Even Prince thought so.

The Purple One got hip to PHO, and then invited the group to open for Larry Graham at Paisley Park. Since then, PHO has played with The Motet, Dopapod, Dam-Funk, Dumpstaphunk and many more.

It was early 2016 when Prince found the band via Youtube and posted about them on his social media. This sparked a huge buzz for PHO around the globe and now fans are watching this band eagerly into 2017 as they predict them to be one of the bigger names of the funky festival scene.

PHO released their debut album Cash It in February 2015 and created buzz for recording such a mature and creative record for seven guys in their early 20s. They reached out to friends Alan Evans of Soulive and John Davis, producer for Lettuce, to help achieve a sound that would resonate internationally.

Now with Two, PHO ups their game big time! These 13 modern funk instrumentals honor the 1970s heavy hitters like the JBs, Parliament, and Tower of Power—and yet, sound totally contemporary & fresh. All the tunes are well-rounded, complex, joyful compositions that make you want to move.

PHO is one of the tightest instrumental funk bands on the planet!

And this is how it plays out through all 13 songs, as PHO explores the intricacies of jazzy, funky instrumental music in all its sublime goodness...

"Dr. Drake" is the first single from Two. It makes my Best Instrumental Funk Songs of 2017 list. Guitarist Spencer Christiansen told Live For Live Music, "'Dr. Drake' is like a funk puzzle. Every part has its place in the beat—inspired by the sounds of Prince's Black album, and James Brown. Our new record, Two, represents all of our influences coming together under the funk."

Other stand out tunes are...

"Dew Like Me" for its perfect, laid-back groove a la Donald Byrd (with a beautiful funky flute thrown in for good measure).

"Responsibility" is a longer, spacier jam that will impress the jam band festival crowd with its guitar solo & synthesizer sounds.

"South 2nd" and "Famous Waves" are stimulating dance jams. I imagine these tunes get crowds fired up whenever & wherever PHO plays them. I love the percussion breakdown on "South 2nd"!

"2-Side" explores the jazzy side of Funk (and the funky side of jazz). The horns shine throughout Two, and on this one you can hear how skilled the horn section is as they get to show off their jazz chops.

All in all, every song on Two is remarkable. I predict it will definitely make my best albums of 2017 list.

I look forward to listening to this record often, and to hearing more amazing music from PHO. I'm excited to hear how they evolve over the years. So far, it doesn't get much better than this!