Stax is back with Soulive's No Place Like Soul, a bold new statement from New York's preeminent groove machine and the first new-artist release from the Concord Music Group's relaunch of the legendary Memphis soul label. Since forming Soulive in 1999, guitarist Eric Krasno, organist Neal Evans and drummer Alan Evans have developed a reputation as one of the most sought after instrumental soul-funk trios around, a hard-touring live act that's thrown down everywhere from small rock clubs to opening arena shows for the Rolling Stones. Yet an interesting thing happened when the three veteran musicians hooked up last year to begin work on the follow-up to 2005's critically acclaimed Break Out: They discovered that rather than extend their past achievements, they were more interested in racking up some new ones.

We've been playing instrumental music for eight years," Alan says, and we love doing it. But we've always strived to reinvent ourselves; none of us wants to hear the same old thing all the time." The drummer cites in particular his and his bandmates' varied solo and side projects (including Krasno's production work with the Fyre Dept.) as having fueled their desire for a makeover. So for the first time, Soulive increased its ranks, inviting singer Toussaint-a versatile Boston-based vocalist who's spent the past several years touring the East Coast with his reggae outfit the China Band-to join the group on a permanent basis. After nearly a decade as a trio, Soulive is now a quartet.

This isn't the three of us featuring a guest singer," Alan says. It feels like it's a new band. All of us wanted to go in a different direction; outside of Soulive, we were all doing more song-based stuff. So we just figured, Why don't we go in that direction inside the band? It's just music. We don't wanna get caught up in what genre or style it is. If we wanna get up there and play death-metal polka, it'll still be Soulive playing it."

For better or for worse, No Place Like Soul, Soulive's sixth studio full-length, contains no death-metal polka. What it does feature is the band's sharpest, most mature songwriting to date, with thoughtful nods to funk, soul, rock, hip-hop, reggae and old-school R&B. Waterfall" kicks the album off in fine style, Toussaint expressing his need to wash my mind clean" while his new bandmates chew up a deep Memphis-soul riff. In Comfort" a head-nodding beat stirs in the flavor of the street, and in Bubble" Alan pays tribute to Led Zeppelin's John Bonham. Outrage," one of the disc's two instrumental tracks, charges along on Krasno's fleet-fingered guitar work, while Mary" slows things down a bit; it's a laidback acoustic soul tune that should soundtrack backyard barbecues all summer long. Throughout the expansive, wide-ranging 13-track disc, Soulive navigate this new sonic terrain with the expert abilities they've honed by logging countless hours on stages across the world. Guys who know what they're doing but retain an appetite for the unknown, they've managed to produce that rarest of musical accomplishments: a record that sounds classic and forward-thinking at the same time.

The quartet spent the latter half of 2006 recording No Place Like Soul with producer Stewart Lerman, who's also worked with such disparate talents as Loudon Wainwright III, Dar Williams and Vinicius Cantuaria. Alan explains that when the band first set up shop in Lerman's Greenwich Village studio, the Shinebox, the plan was to write and demo at the same time, then take the best material to a different studio to track the album. But everyone ended up happy with what they laid down at the Shinebox. Alan says he and the band dug the personality and the spontaneity they captured in Lerman's space and didn't want to risk sacrificing those qualities by rerecording the music elsewhere.

It's a mindframe that demonstrates the perfect fit between Soulive and the relaunched Stax. I'm so excited," the drummer says of the band's affiliation with the label. When I get the final version of the album with the Stax logo on it and everything, that'll be a huge accomplishment for me. Back in the day, everyone on Stax had their own thing: Isaac Hayes, Otis Redding, the Bar-Kays, Carla Thomas-they were real individuals. There's character in that music, and we're ecstatic to be doing our thing as a part of that lineage." Show less 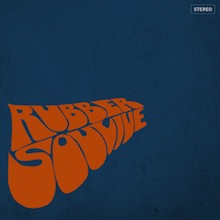 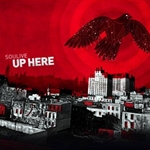 All About Jazz musician pages are maintained by musicians, publicists and trusted members like you. Interested? Tell us why you would like to improve the Soulive musician page.