By Glenn Astarita
January 25, 2014
Sign in to view read count 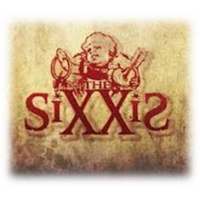 Founded in 2006, The Sixxis' experienced the trials and tribulations of breaking into the music business, while honing their craft along the way. They are now managed by an A-list team in Nashville, where this formidable album was also recorded. With influences and a soundstage reminiscent of Rush, Kings X and others of note, the trio's approach resides somewhere within a classic rock, progressive rock, and metal imprint. They're hard to rigidly classify, which of course is most always a good thing. The trio integrates stirring musical chops with memorable compositions often engineered with Vladdy Iskhakov's melodic and towering vocal choruses. They inject some muscular, hyper-mode workouts into the mix, translating into a stylization that amalgamates commercial appeal with serious-minded musicianship.

They frequently slam matters into overdrive via bristling pulses, stinging guitar parts and a fluid attack. Multi- instrumentalist Vladdy Iskhakov's stout vocal delivery is accentuated by the alternating flows and by his colleagues' electronics effects used for layered nuances and discrete enhancements. Boasting a mammoth sound with an agile gait, pieces such as the perky "Nowhere Close," are erected on upbeat straight-four vamps, crafty discourses, heightening dynamics and harmonious anthem-like hooks, abetted with streaming psychedelic guitar licks. In addition, a DVD is included, featuring the final three album tracks, which were recorded live. Hence, The Sixxis' permeate a college education of sorts into the current rock realm, when considering similar output by their peers. And they're garnering increased notoriety due to an upcoming European tour as openers for the popular throwback rock power trio, The Winery Dogs.

Believe; Snake In the Grass; I Wanted More; She Only; Believe (Russian); Nowhere Close – Live; Home Again – Live; Farewell to Everything – Live.