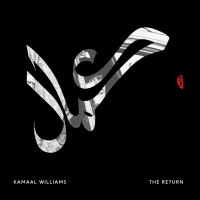 Cross-pollination of jazz and hip hop has spread fast during the 2010s. In-the-moment creativity and giving-the-drummer-some are powerful synergies. In the US, key players include Kamasi Washington, Thundercat and Christian Scott aTunde Adjuah. In Britain, they include the extended family of musicians associated with reed player Shabaka Hutchings and the Brownswood Recordings label. Some of the British players are featured on the previously reviewed We Out Here (Brownswood, 2018), which is a great snapshot of the scene as it exists in London in spring 2018. Among Brownswood's alumni are keyboard player Kamaal Williams (aka Henry Wu) and drummer Yussef Dayes. As Yussef Kamaal, the pair debuted with Black Focus (Brownswood, 2016), a thrilling blend of hip hop-derived British musics and the jazz-funk legacies of Herbie Hancock, Weather Report, Lonnie Liston Smith and Roy Ayers. In 2017, the duo were booked to perform at the SXSW festival in Austin, Texas, but at the last moment US homeland security refused to give visas to members of the party. Yussef Kamaal broke up shortly after this. Happily, Williams and Dayes both remain active, albeit separately. Dayes is prominently featured on Toshio Matsuura Group's previously reviewed Loveplaydance: 8 Scenes From The Floor (Brownswood, 2018) and on Tenderlonious's soon-to-be-released The Shakedown (22a). Williams has resurfaced with the appropriately titled The Return on his fledgling Black Focus label, made with the ferocious rhythm section of drummer MckNasty and bassist Pete Martin. The fourth member of the group is engineer Richard Samuels, whose studio expertise is crucial to the music. Brownswood regular, guitarist Mansur Brown, guests on "LDN Shuffle," tearing off a solo which gives more than a nod to John McLaughlin's work with Mahavishnu Orchestra. The Return takes up where Black Focus left off, harnessing classic jazz-funk and fusion with hip hop and its British offspring grime, broken beat and drum & bass. Beats are key, and so are great melodies and trippy ambiances. It is jazz, Jim, but only as we have recently got to know it, and it all hangs together beautifully.