Jocelyn Medina at Jazz at Kitano 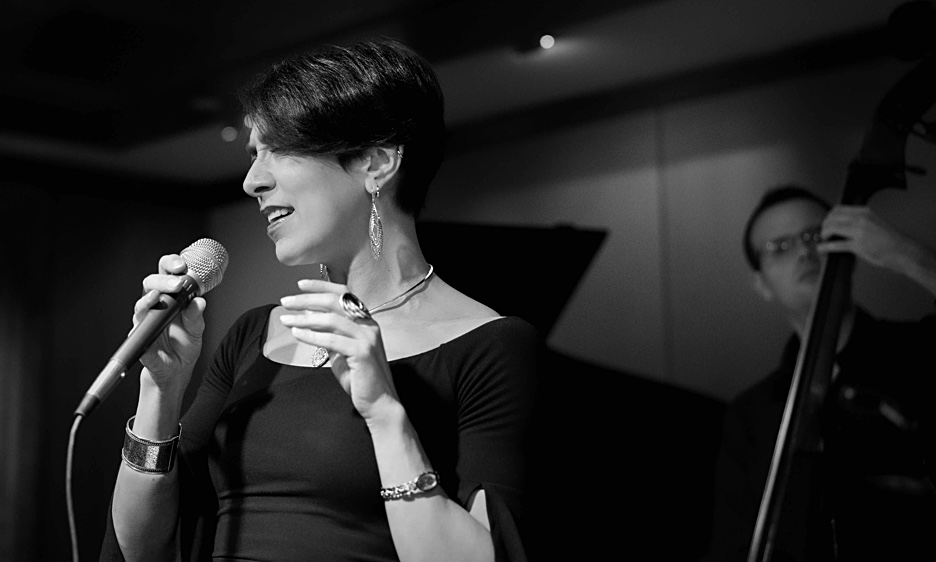 With the release of her third album, Common Ground, still fresh with resonance, New York-based vocalist Jocelyn Medina turned the open space of Jazz at Kitano into her own vibrational field for a celebration of birth and everything that spins from it into life. Joining her wavelength were pianist Art Hirahara, bassist Evan Gregor, and drummer Mark Ferber, who in concert brought an immediacy to music that was otherwise wrapped in timeless themes. Such impulses were only emphasized in her original "Cosmic," a smoothly contoured and groovy entity who shone with sparkling profundity, and "Two But Not Two," a beautifully intoned expression of duality in all things. Treading the line between within and without, she and her bandmates set a tone of reconciliation of spectral opposites, as also in the Indian raga-inspired "Simple" and the title song of her latest CD, through which she communicated an overarching message: faith and love are as universal as those things seeking to destroy them both.

"Slow It Down" rounded out her self-penned selections with neo-soul flair, practicing the very reciprocation it preached. Yet even the ways in which Medina navigated songs lifted from other songbooks proved her capable of making everything she touches her own, as evident in her treatment of Brazilian material. In both the wordless comforts of Hermeto Pascoal's "April 4th" (her birthday song of choice) and the rainbow palette of Pixinguinha's "Lamentos," she evoked much-needed warmth for this year's as-yet-distant spring. Such contrasts of fantasy and reality abounded in her take on Rodgers and Hart's obscure examination of naivete, "I Didn't Know What Time It Was," and in her soulful rendition of Leonard Bernstein's "Big Stuff." In each of these, she tilted her vocal magnifying glass just so, until the emotional joss paper of each lyric gave up its ghost for every memory gone into its making.

Through it all, Gregor brought melodic fortitude, threading the improvisational needle only where it felt most appropriate, while Ferber adapted his playing to the needs of every context, his moods ranging from tactile to airy and back again. Hirahara, for his part, brought hefty yet crispy playing to the fore, switching from delicate comping to vivid solos on a dime. A poorly chosen metaphor, perhaps, because ultimately this performance was less about material pleasures than our collective need to shed their attraction in favor of larger questions that only music can answer.