BY DAN BILAWSKY
February 6, 2014
Sign in to view read count 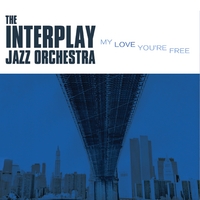 Is there any sound as glorious as that of a big band in full swing? While that question is somewhat rhetorical, there's no question about the fact that the big band was once synonymous with all that was right, good and adventurous in jazz.

While it's true that these large ensembles haven't ruled the roost for quite some time, and the days of Basie, Ellington, Herman, Kenton and the like are long gone, the rumors of the big band's demise have been greatly exaggerated. Europe is full of state sponsored large ensembles, New York seems to birth a new big band every week, and bands built by cutting edge colorists like Maria Schneider continue to get their hard-earned and well-deserved share of the ink. That's where the story often ends when discussions of big bands begin, but that's not the whole story. To get the full picture one has to look beyond the big names and outside the borders of the bustling jazz centers. Plenty of wonderful music is being made in these outlying areas by upstart ensembles like The Interplay Jazz Orchestra.

This big band, coming out of Long Island, NY, isn't exactly new, but it's starting to receive more notice these days. An early version of the band, going under the moniker of the Hofstra University Alumni Big Band, was formed in 2003. Over the years, as the group evolved and pulled in new voices that may or may not have come from Dave Lalama's heralded Hofstra jazz program, it seemed right to drop that university-associated tag. Now, ten years after the group took off, it delivers a debut album with plenty of flash, fanfare and, yes, swing.

All of the material on My Love You're Free was arranged or penned by members of the band. Old chestnuts were given new treatments, new tunes were written, and a few surprises surface along the way; arrangements of newly discovered melodies by Billy Strayhorn ("It Is Written In The Stars") and Duke Pearson ("My Love You're Free") are the notable numbers in that last category. Even with all of that variety, what stands out here is the straightforward way in which this ensemble tackles the big band tradition. This is gimmick-free music that kicks, swings and sings.

Arrangements or compositions from more than a half dozen band members appear on this album, but the dominant writing voice is that of baritone saxophonist Chris Scarnato. He arranged the aforementioned Pearson and Strayhorn melodies, penned an appropriately sentimental arrangement of "Misty," and put a pair of his own pieces—"Fender Bender" and "Fifth Street"—into play. His own compositions highlight his mastery of writing for winds, ranging from silken sax section runs to more boisterous conversational episodes. Other contributors include bassist Pete Coco, trombonist Brent Chiarello, saxophonist Jonathan Holford, saxophonist John Marshall, and the co-leaders of The Interplay Jazz Orchestra—trumpeter Gary Henderson and trombonist Joe Devassy.

The mix and/or microphone placement occasionally puts soloists beneath the surface (i.e. Chris Scarnato's buried spot on "A La Mode"), but the balance is right more often than not and plenty of players get to shine. Marshall, who's afforded more than his fair share of solo space, and trumpeter Damien Pacheco, who steals the show on "A La Mode" and "It Is Written In The Stars," prove to be the standouts, but plenty of others make their mark. Devassy's burly trombone on "Fender Bender" and Holford's impassioned work on "Softly, As In A Morning Sunrise" are merely two examples plucked from a long list of fine solo spots.

While the economics and logistics of running a big band will likely keep this group local and under-the-radar, My Love You're Free serves as a fine example of the fact that impressive big band music is being created in all sorts of places. Interested parties just have to know where to look.

(Author's Note: In order to maintain journalistic integrity and provide full disclosure, it should be noted that I have a longstanding friendship with Mark Portugal, the drummer in this band. It in no way consciously altered my thoughts about this album. Take that as you will when considering this piece).

Fender Bender; A La Mode; Dance Of The Insomniac; Misty; Fifth Street; One Up; It Is Written In The Stars; Four On Six; Have You Met Miss Jones; My Love You're Free; Softly, As A Morning Sunrise; On The Inside.