Maximize your visibility at All About Jazz by upgrading your musician page from standard to premium. With it, you'll receive All About Jazz home page exposure, a highly stylized / ad-free musician page with bonus features and benefits, an ad, plus you control where you sell your music and so much more.
Learn More
84

BY KARL ACKERMANN
February 6, 2014
Sign in to view read count 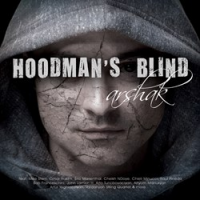 Pianist/composer Arshak Sirunyan's Hoodman's Blind is likely to be one of the most unique and compelling releases of the year. The Armenian born musician was a finalist in that country's prestigious National J. S. Bach Concerto Competition in 1994. Now a Washington DC resident, he has assembled a top-tier ensemble of award-winning artists from around the globe in creating this collection of genre-defying compositions. Inspired by the medieval predecessor of the game "Blindman's Bluff," Sirunyan has woven a tale that innovatively captures the strategy and visceral emotions of the earlier— and far more raucous— version of the game. Sirunyan efficiently captures the rollercoaster of emotions as he musically reimagines the game on a grander and more dangerous level.

It's clear from the opening piece, "Preface," that Hoodman's Blind is something different. Dark and brooding, it creates an air of mystery only to be shattered by the primordial rock beat of "Valor & Triumph." As the piece progresses it's augmented by the lush strings of the Vardanyan Quartet and Chieli Minucci's searing guitar. The tribal chant of "Celebration" adroitly captures the spirit of the title while further leading down the labyrinth of imagined paths running through the suite-like collection. In this otherworldly swirl of musical styles there are themes that seem to circle back to their origins and then adventurously breakaway again.

Not content to settle into any one style for long, a bit of chamber-psychedelia emerges on "The Dawn is Promised" before "The Warrior Song" returns to a rock element, but this time with subtle touches of Armenia folkloric themes. There are more straight-ahead jazz pieces interwoven in the diverse mix of compositions as well, and among the standouts are "Messenger," a stellar fusion accomplishment and "Imperfect Pearl," a beautiful, soaring ballad. Amid the other stylistic variations that bring the global nature of Hoodman's Blind to life is "King's Fool," a funky kaleidoscope of shifting momentum and "Old Market," a piece that is both innocent and rollicking. Sirunyan's piano and Artur Yeghiazaryan's Armenian woodwinds create an organic hybrid with a life of its own.

Hoodman's Blind is a high-energy, totally engaging outing and these receptive musicians clearly share in Sirunyan's creative mission. The group retains the energy and individualism inherent in these uncompromising modern works. The CD is further enhanced by an elaborate insert that includes reproductions of original paintings from the UK, Turkey, Serbia, South Africa, China and US, all meant to embellish the experience. Hoodman's Blind is a strong and inventive collection that should win Sirunyan a loyal following.