By Troy Collins
September 14, 2007
Sign in to view read count 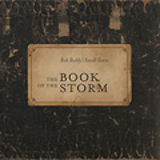 Multi-instrumentalist and composer Rob Reddy premiers his most ambitious work to date with The Book of the Storm, a jazz symphony in four movements. The premiere of his large ensemble, the aptly titled Small Town, is not only his first official live recording, but his debut as a conductor.

Similar to contemporary classical composers, Reddy's writing method has long embraced improvisation as an additional element to his intricate pre-written compositions. Rather than using charts and notation as the supporting framework for solo improvisation, Reddy balances pre-written forms and thematic improvisation in equal measure.

Expanding this concept to involve a nineteen-piece ensemble, Reddy employs a number of proficient soloists to interact with the pre-written material. Featuring a who's-who of New York talent, Small Town is a versatile and powerful ensemble. With multiple reeds, brass, a string quartet, a pair of electric guitarists and two drummers, Small Town certainly earns its name.

Using polyphony, unconventional rhythms in odd meters, orchestral hockets and layered counterpoint, a regal sensibility permeates this long-form work. This is serious music, not without moments of levity, but far removed from the transient nature of the marketplace. Following Reddy's conduction with petulant energy, the massed ensemble moves with monolithic force, drifting like tectonic plates composed of pure sound.

Closing with the powerful "Amongst The Ruins," a somber meditation filled with low brass and languorous martial drumming, the ensemble drifts away into the ether as the drums fall silent.

Dense and uncompromising, yet accessible and infinitely rewarding, The Book of the Storm is Reddy's most fully realized work yet, a high water mark in an ever expanding discography.