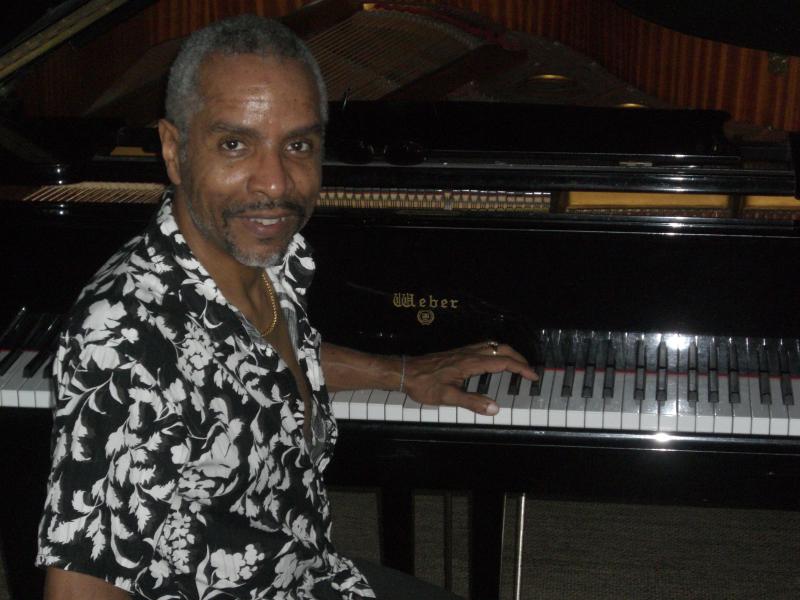 view slideshow
By Walter Clark
November 23, 2011
Sign in to view read count
Meet Walter Clark:
It's in my DNA. Both of my grandparents on my mother's side were musicians. My grandmother had a degree in music from Spellman College and my grandfather, John McCoy, played multiple instruments and is the biological father of pianist McCoy Tyner.

Music was a hobby, but after trying various trades and especially after the death of John Lennon, who encouraged me to continue after I had given up on music, I decided to pursue it full-time, and since then, despite various bumps in the road, have remained on the path.

Relocated to Japan after success in the D.C. area and a desire to expand my horizons. The American market for my brand of skill collapsed, so I stayed here in order to follow my calling.

I knew I wanted to be a musician when...
I first touched a piano.

Your sound and approach to music:
Cultivate spirituality, evolution and love. Clear the mind and let inspiration come, or let your muse speak to you. Become a vessel for the voices of angels.

Another approach: Dive deep into love and let love inspire you, even if you get your heart broken. Technique will only get you so far.

Your dream band:
I like to record with some of the cats that work with Michael Franks. The sonic texture on his latest album was unbelievable.

Favorite venue:
Right now my regular job is in a restaurant where they have a 15 foot Borsendofer, with a view overlooking a lake and mountains, as well as a sound system which I put together myself. Great gig.

The first Jazz album I bought was:
Miles Davis, Four And More.

What do you think is the most important thing you are contributing musically?
Boldness, eclecticism, a loving heart which comes through the music with positive effects for the listener.

Did you know...
I originally intended to be a physician.

How would you describe the state of jazz today?
Tired.

What are some of the essential requirements to keep jazz alive and growing?
I think jazz needs to be at the forefront of the change that we seek in the world, as it was in the '60s and '70s. This would call for some kind of reinvention and possibly redefinition.

What is in the near future?
Expect to release some video of my live performances as well as audio in the form of an upcoming CD.


I'm blessed enough to play piano and sing at a restaurant.

If I weren't a jazz musician, I would be a:
Minister.

Pianist, singer, songwriter, producer, mixer, performing full time for over 25 years in the US and internationally.