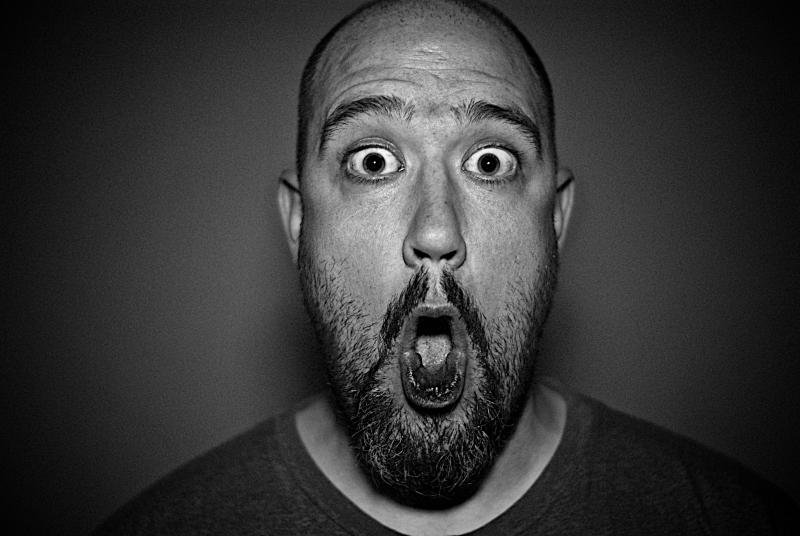 BY RAY CLEMENS
September 14, 2014
Sign in to view read count
Meet Ray Clemens:
Born in Oklahoma. High school at the Idyllwild Arts Academy in Idyllwild, CA. College and briefly at the New School for Social Research in NYC. Been playing for what seems ages....and yet I can't come up with suitable material for the bio.

Teachers and/or influences?
I've had the pleasure of studying with some amazing musical minds. It all started at the Idyllwild Arts Academy with Marshall Hawkins, an amazing self-taught jazz bassist who had his start on the road with Miles Davis. Next up, at the New School for Social Research (New School for short) I studied with the late great Arnie Lawrence. These two teachers pushed me in ways that none other has. I have many more years of playing until I'll be able to grasp everything that they've taught me...maybe even longer than that.

Also at the New School, I studied with Buster Williams. Years later in the Philly suburbs with Peter Paulsen (professor at West Chester University). My teachers have been the greatest influences in my career, although there are a number of artists that are right up there.—John Coltrane, Miles, Robert Glasper, Herbie Hancock, Avishai Cohen...

Also on the list of influences are friends and musicians I've known along the way.

I knew I wanted to be a musician when...
I was at a bluegrass festival in Nacogdoches, TX, it was the 4th of July. All the big names at the festival got together to play "Orange Blossom Special..."the longest version I've ever heard. Each of the 20-30 musicians took a solo. Mark O'Connor even slipped into Vivaldi during his 20+ minute solo. Others on the stage were Bela Fleck (pre Flecktones), Sam Bush, Tony Rice, and many more I can't think of now.

It was about halfway through this epic performance that I noticed something very cool...something that caught my attention in a supreme manner. I hadn't thought of playing an instrument before. This was the summer before 5th grade, and orchestra would be starting in the fall. Alas, I digress...

So what was it? There was one guy who never stopped playing. He played the entire time (45-60 minuets...or more?)...it was the bassist. I thought it was pretty bad ass and who doesn't want to be a bad ass? In the end, it was just the beginning.

Your sound and approach to music:
Work hard. Keep on working hard. Don't settle for what is known and comfortable. Push the envelope and everyone's buttons, early and often. Never stop exploring. Music is an infinite life form too awesome for simple understanding.

Your teaching approach:
There is no right way. There is no single methodology that is correct, versus another being wrong. The more ways you learn, the closer to understanding you'll be.

Your dream band:
Everyone kicks ass, and no one fights. A band of brothers and sisters bereft of drama and ego (in all but playing, of course!). Who's in? Let's do this. Getcha sum!

Road story: Your best or worst experience:
We were a piano/bass duo with a three week stretch from Philly to the Grand Canyon, to San Fran to Chi town. It was so much fun. After departing Memphis we got stuck in middle of the night traffic. Pure standstill. It was hot and muggy, and the mosquitoes were out in full force. We added clothing and towels to cover any exposed skin to the mosquito. After about an hour, we just couldn't take it anymore, so I pulled out my bass and he pulled out his melodica. We set up and had an impromptu show in the middle of I-40...in the middle of the night.

Favorite venue:
Favorite venue has to be World Cafe Live (downstairs) in Philadelphia. The stage is huge, the club is huge, and the sound is fantastic. I've played there a half dozen times and felt like a rock star each time. Good people work there, and better people play there.

Your favorite recording in your discography and why?
My favorite has to be my most recent solo album—Series 1: Years In the Cage. I've spent the better part of six years working on something that was too much for me to bring to a full band. My compositional skills are more on display than my bass or piano skills. This is my first solo album...still get fuzzies about it.

The first Jazz album I bought was:
Miles Davis -Relaxin' With the Miles Davis Quintet (Prestige, 1958).

The cool thing is this album remains to be one of my favorites.

What do you think is the most important thing you are contributing musically?
Right now, I'm just trying to get better so I can have something to actually contribute to the scene. I can't wait until I am in a position to contribute musically.

Did you know...
Something you may know about me is I love sports! I'm a diehard Oklahoma Sooners fan -football, men's basketball, and women's basketball. Boomer Sooner! Don't forget the Seahawks, I do live in Seattle, ya know!

Desert Island picks:
I don't want to think of a world where I only have five albums to listen to...

How would you describe the state of jazz today?
Depends on who listen to....some live in the past, while others explore the future. There are many great things going on, and some killer players that make this the most exciting time in jazz for a long time.

What are some of the essential requirements to keep jazz alive and growing?
The infusion of new music. I'll say it again...the infusion of new music. Standards are great, but nothing can beat something new. Living only in the past musically can do nothing to help keep jazz alive and growing. Life requires movement to be. Life requires evolution to continue. New blood, new music, and a new commitment to approach jazz like our forefathers did: Miles, Coltrane, Monk, Mingus, Bird, Diz, Hancock, Shorter, Tony flippin' Williams...today include MMW, Robert Glasper, Bad Plus, Ronin, and many, many more.

What is in the near future?
Hitting the Seattle scene large and in charge. Multiple projects in the works, including more recordings.

What's your greatest fear when you perform?
That's easy...greatest fear is that I haven't worked hard enough to prepare for the gig. The result of that lack of work is the wrecking of the entire gig. Then...exposed as a jazz fraud! The shame, the humiliation, the worst... If only I could play naked.

What song would you like played at your funeral?
Jeff Buckley—"Satisfied Mind," but, if you give me two, the second shall be John Coltrane 's "Alabama."

Both ring of the end. There's nothing more appropriate for an end than music of the end. However, I'm not gonna be there, so who cares what I want? Happy up music for the mourning masses.

What is your favorite song to whistle or sing in the shower?
I improvize/make up songs in the shower. Some even make it to paper.

By Day:
By day I am a Stay At Home Dad. My wonderful daughter, Marti and I chill and hang the days away. When I signed up for this, I thought I'd have all of this extra time to practice. In reality, however, if I touch an instrument, so does Marti. Still pretty awesome...

If I weren't a jazz musician, I would be a:
Another kind of musician. It's the one thing I know, music is the only thing I'm good at. Jazz was the genre I zeroed in on, but much of my training has been classical. I started in bluegrass. I've also had my share of musicals along the way. Don't forget garage bands or chamber orchestras. If I wasn't a jazz musician, I'd be pretty bored, but otherwise still a musician.