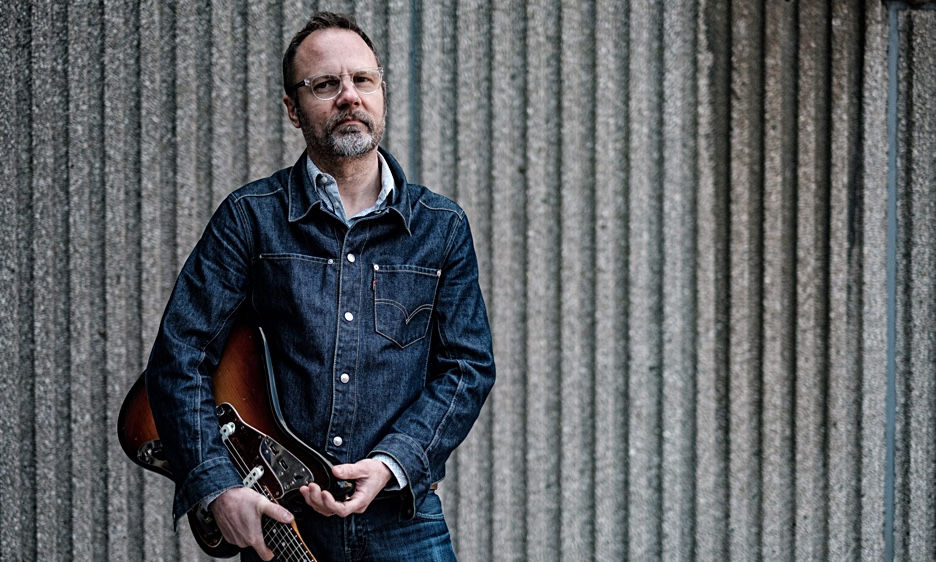 I'm a guitarist and composer from Brighton, England. My career has spanned 35 years, encompassing genres as broad as jazz, blues, alternative, experimental, and electronic music.

The year of COVID-19 and lockdown has been both testing and inspiring. Lack of live music and in-person collaboration has meant rethinking my musical output. I'm currently working under the moniker "Matt Clark Three," a primarily solo project of jazz-influenced grooves combining lo-fi loops and samples with avant-garde jazz.

Lockdown restrictions and an underlying need to get out have led me to create sounds that blur the boundaries between recorded and live music. The music has been described as "an ambulatory soundscape evoking big-city panoramas, twilight vistas, and populational bustle" or "a dynamic sonic quality, as if a laid-back street-level musical trio were performing their own structured and improvised material but also incorporating the ephemeral swell of sounds around them."

I've been into avant-garde music since the early '90s, when I was listening to a lot of psychedelic bands. Syd Barrett was a huge influence on me. Since then, I've always been turned on by angular, offbeat guitar players, which ultimately led me to Marc Ribot and Mary Halvorson.

My main instrument is a Fender Jaguar—not a typical jazz guitar by any stretch! I like the short scale length, and it's comfortable to play. It was in pretty poor shape when I bought it, so I've completely rewired it and installed some hand-wound pickups that are much mellower than the stock ones and closer in sound to P90s. I also have a Telecaster Deluxe that I built myself. It's a quirky guitar, but it has something special that I've never found in an off-the-shelf instrument.

I'd also class my home recording setup as an instrument. I tend to use Logic for composing, and most of my recent music has included some form of samples or loops.

I got into jazz guitar when I heard Marc Ribot. He's been a strong influence ever since. I also love Mary Halvorson and Miles Okazaki. I've learned a lot in terms of developing my style and composition through lessons and interviews with them. Miles's book Fundamentals of Guitar (Mel Bay Publications, 2015) remains a constant resource.

I've recently been heavily influenced by Rob Mazurek's Chicago Underground releases. Through those, I discovered Jeff Parker. I love the interplay of jazz and electronics on those recordings. When I heard the first Chicago Underground Quartet, it felt like these guys were speaking the same language as me, and that gave me a lot of courage to continue with my own explorations of mixing different sounds.

I was at art college and got tired of the pretentiousness of the whole thing. I'd been playing guitar for around five years at that point but never really seriously. I started a band in my final year that took off quickly with record and management deals on the horizon. It also imploded quickly, but that was it: I was hooked!

I've consciously avoided playing jazz standards. Listening to guitarists like Marc Ribot and Mary Halvorson, the music initially sounds really random. But when you get into their music, it's not! This made me think about how I play and led me to seek an off-kilter sound—as atonal as possible without straying outside a scale or mode. I also practice completely free-form passages without regard to any scales. That finds its way back into my playing and connects the diatonic bits...sometimes...

I'm not sure I have a dream band, as my ideas are always fluid and developing, but at the moment, I'd love to jam with some of the Chicago avant-garde guys: Rob Mazurek, Dave Rempis, Chad Taylor, and Jeff Parker. I recently bought Buy The Numbers (Potions Music NYC, 2020) by Harry James, a solo album of him playing drums and piano. The piano is almost used as a percussion instrument, and the tunes are based around simple grooves or motifs similar to my writing at the moment. I'd love to collaborate with him on a duo album.

Unfortunately, my favorite venue was razed to the ground to make way for a sports center. The Pump and Tap in Leicester, England, was a spit-and-sawdust biker dive in the West End, a hive of live music in the mid-'90s with all sorts of music every night. Bands played in the backyard and under a railway arch. I remember the sound (and sound crew) being pretty rubbish, but the atmosphere was fantastic with a really open-minded crowd.

I think it's probably "North Street 74" from my first EP, North Of No South (Self Released, 2020). I don't think it's necessarily my best piece, but it's the one that started Matt Clark Three. It's still a benchmark for what I aim for in terms of overall sound and feel.

Well, I'd like to think I'm showing that you don't have to play a hollow body guitar and perform standards to be a jazz musician! For me, jazz is and always has been an experimental form of music. The music that really excites me and influences my own music is a mix of traditional instruments, electronics, and spoken word. I'm always trying to find different ways to record and perform. One recent idea was to record a live album of a street performance so the audience and ambient sounds become part of the music itself. We need ideas like these post-COVID. If ideas like that take off, then I'll feel like I've contributed something important.

I'm left-handed, but I play right-handed. When I first picked up a guitar, it was a classical acoustic instrument that belonged to my younger sister. When she saw me playing it left-handed, she told me I was playing it the wrong way. So, neither of us knowing any better, I swapped it around. The rest is history.

The first jazz album I bought

A Charlie Parker compilation tape when I was 17. I remember listening to it in my mum's car a lot. I took a girl out on a day trip once and played it constantly. She didn't want to go out with me again after that!

It's the most exciting music out there. There is so much going on, so much fantastic new music with such wide influences that falls under the broad description of "jazz." The only other music that comes close for me is electronic music, again a broad umbrella covering so much exciting output.

Continue to push boundaries. COVID-19 has made many musicians take stock and think about their lives and careers. For me, that meant looking for ways to still create despite restrictions on travel and live music. We have to think outside the box because the old normal won't be back for a long time—if ever—and I'm not sure we really want it back. When you look at the history of jazz, it's always been about pushing boundaries. When you look at bebop, '60s avant-garde, '70s funk, '80s fusion, or today's Afrobeat-influenced London jazz scene, jazz has always looked to innovate. We need to remember this as we now have a huge opportunity to redefine what jazz means.

Like most people, I've been studio-bound for the last year and self-released a fair amount of music. I planned on adapting that music for a live trio, but I ended up writing more tunes instead! Some of the tunes from my last album will be adapted, but I've started to experiment with a more stripped-back sound. I have a new trio lined up and hopefully a live stream from a well-respected Brighton venue. After that, maybe more gigs and a new album with the trio? Who knows...

"So What" by Miles Davis! It's the first tune that really got me into jazz in a big way, so it would be fitting if it was the last tune I "heard."

I don't really do it. I'm an early riser these days. I spend most mornings in deep creative thought. My best ideas come from the shower, and probably most of my tunes. There you go: I whistle my own tunes in the shower!

A luthier, I guess. I repair guitars on the side anyway, so if I couldn't or didn't play one, I'd be more than happy making them. I can get lost for hours rewiring a guitar.

Tom Waits. He's such a raconteur, so inventive, and such a wit. In every interview or conversation I've seen with him, there's always a blur between fiction and reality. You're never quite sure if he's telling the truth or making it up. That sounds like an entertaining evening to me!