Saxophonist, improviser, and composer Dave Rempis has been an integral part of the thriving Chicago jazz and improvised music scene since 1997. With a background in ethnomusicology and African studies at Northwestern University, including a year spent at the University of Ghana, Rempis burst onto the creative music scene at the age of 22 when he was asked to join the now-legendary Chicago jazz outfit The Vandermark Five. This opportunity catapulted him to notoriety as he began to tour regularly throughout the US and Europe, an active schedule that he still maintains to the present day. At the same time, Rempis began to develop the many Chicago-based groups for which he’s currently known, including The Rempis Percussion Quartet, The Engines, Ballister, Rempis/Abrams/Ra, Wheelhouse, Triage, The Rempis/Rosaly Duo, and The Rempis/Daisy Duo 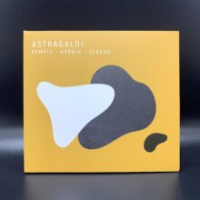 It is difficult to imagine a Ballister recording having its origins in any setting other than a live performance. The trio of saxophonist Dave Rempis, cellist Fred Lonberg-Holm, and drummer Paal Nilssen-Love fuels each performance with the audience's energy on all their recordings, including Chrysopoeia, their tenth. Not that the trio could not produce their music ...

This episode of OMJ is packed with great improvisers and musical explorers. The much-respected bassist Michael Formanek found the isolation of the pandemic gave him time to look at music a little differently, and the result was an exploration of what he calls palindromic music. That's the basis for his new release with his Drome Trio, ...

Sometimes listening to free improvisational music is, truth be told, an act of social anthropology. Who is making music? How is the combination of individual instruments configured? Where are the musicians from? Maybe more significant, how has this musical society developed? Astragaloi from the trio of Dave Rempis, Elizabeth Harnik, and Michael Zerang could be a ... 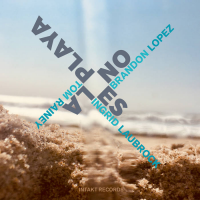 Saxophonist Ingrid Laubrock and drummer Tom Rainey have made dozens of recordings together, both as a duo and with countless others. But when they teamed up with bassist Brandon Lopez for the first time in 2017, for a live show at Barbès in Brooklyn, all three players recognized that there was something special about their collective ...