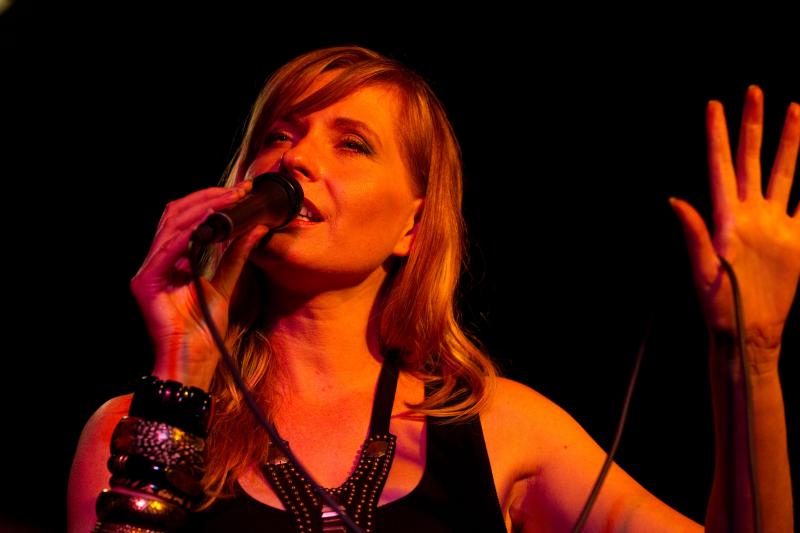 view slideshow
BY LEE MCALLISTAIR
December 31, 2011
Sign in to view read count
Meet Lee McAllistair:
Australian jazz vocalist and composer Lee McAllistair has had a busy 2011, releasing debut original album Spellbound, which received a 4.5 star review in The Australian newspaper, CD of the week on ABC Jazz and Eastside 89.7FM and came #12 in the Top 12 Australian Jazz Releases at Birdland Records.

Lee has performed in the UK, USA, Asia and across Australia at major festivals and events.

Teachers and/or influences?
I studied under Jo Lawry, Anita Wardell and Connaitre Miller for my Bachelor of Music in Australia.

Since then I have taken jazz composition and songwriting classes with Anthony Wilson, Gretchen Parlato, Rebecca Martin and Becca Stevens at Stanford University Jazz Workshop, and continued Jazz Composition studies online with Berklee.

I knew I wanted to be a musician when...
I was lucky enough as a young child to be selected by a group of specialists that were going around to schools testing the aural aptitude of young children.

I was chosen to begin classical cello studies, which I continued at a special music school / college, and took on voice as a second instrument (it subsequently became my primary instrument, along with writing).

I came from a musical family and schooling with a classical orientation, so Jazz was a spiritual homecoming for me when I finished school and opened my world up to musical possibility.

Your sound and approach to music:
For me it's all about the emotion. When I write, I start with the heart of the emotion; the feeling, the state of being. Both in my singing and writing, emotion is at the centre.

Then the melody and lyric emerge out of that—usually together at the same time.

That said, on many occasions my melodies also emerge from a conscious choice to pursue a certain harmonic concept. I'm obsessed by harmony; more than any other element it's the thing that for me differentiates jazz from other styles of music. We have so many colors in our palette to choose from.

Sometimes a song will emerge in its entirety all in one hit, other times a piece will arrive at a time and it slowly swims in to view.

I find that writing is like breathing—compulsory to my living.

Your dream band:
When it comes to Australian jazz artists I have the joy of working with some of the best in the country, and I'll continue to record this way.

From an international point of view, I'd love to collaborate on some sort of recording with Anthony Wilson. Such a beautiful player and composer, and his composition classes were a total highlight for me at Stanford in 2011.

I'd also love to work with so many awesome players in the US—particularly Fabian Almazan, Linda May Han Oh, Kendrick Scott, Taylor Eigsti.

Road story: Your best or worst experience:
One time at a background gig in a hotel, a drunken gentleman approached me and said: "You know, I play, like, the piano, like. And I know my music and stuff. And I wanted to tell you, that in my opinion, you know—you're singing a semiquaver too high."

Favorite venue:
I have many favorite venues, but at the moment in Sydney it would be The Sound Lounge and SIMA (the Sydney Improvised Music Association) who run it. Production values are really high. The sound is so good you could record those gigs live.... and people do.

And it's a dedicated, ticket-paying concert where the house rules include not talking during the performance.

Because let's face it, we've all had the loud guffawing rant during the ballad...

Your favorite recording in your discography and why?
Spellbound is my first all original solo album. Previously I recorded as part of collaborative projects with others, often centered around standards. I still love the standards—they set the benchmark of how to craft a beautiful, memorable song. But to have the opportunity to express my own music and sound in an original album makes Spellbound my favorite to date.

The first Jazz album I bought was:
Ella Fitzgerald and Louis Armstrong Duets—still a classic.

What do you think is the most important thing you are contributing musically?
A sense of poetry in lyric and melody that emanates from heart and spirit.