Following his Grammy-nominated 2009 debut Sounding Point, virtuoso guitarist Julian Lage returns with the evocative and finely wrought Gladwell - the second effort by his offbeat, eclectic group with cellist Aristides Rivas, percussionist Tupac Mantilla, bassist Jorge Roeder and saxophonist Dan Blake. The album unfolds according to a fanciful and story-driven plan, as Lage explains: "We began playing with the idea of creating a story we could use as a guiding light in our writing process.... The result was the development of an imaginary and forgotten town known as Gladwell.... As a metaphor, Gladwell presented us with a clear architecture, to compose songs that evoke feelings of people and places we hold dear." Sweeping, colorful and thrillingly executed, the album opens with "233 Butler," named for the Brooklyn street address of vintage instrument shop, Musurgia

The Festival International de Jazz de Montréal, presented by TD Bank Group in collaboration with Rio Tinto is taking downtown by storm once again this summer. From June 30 to July 9, 2022, the public can soak up that thrilling festival vibe for 10 fun and festive days. In addition to the stellar program announced earlier, ... 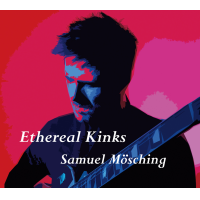 Two words that frequently get overused when talking about jazz are “fusion" and “eclectic." In many cases, if something is difficult to categorize, one of these terms will probably apply. Unfortunately, in many cases, these terms also fail to truly capture the essence of the music. However, for Samuel Mösching's Ethereal Kinks, both eclectic and fusion ...