In the beginning, bards went from village to village, bringing folks the news of the day with their ballads. The oldest Anglo-Saxon term for this singer of words was "scop," which means "shaper." In other words, it was up to the balladeer to "shape the world" for those who cared to listen. Not all of those Medieval songs were about battles, about castles lost and kings dying. There were also songs that spoke of love and hope, of life and death, of joy and despair. In a harsh world, "Carpe diem" or "Seize the day," became a favorite motif. Listening to the words of the traveling bard, any common villager, any man or woman or child would soon realize that they were not alone with their feelings, that others had the same thoughts hidden in their hearts and minds. That's how it started, with music as a public service 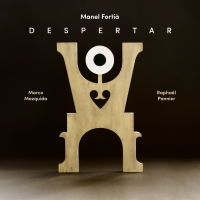 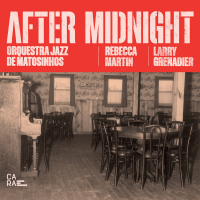 Jun MiyakeWhispered Garden Enja Records / Yellowbird Records 2022 Leaving the hazy Lost Memory Theatre (Enja, 2013, 2015, 2018) behind and moving on to the equally shrouded Whispered Garden, Paris-based trumpeter, composer and sound-architect Jun Miyake introduces us to a musical magnum-creation, his newest, that seems to encompass everything from ...