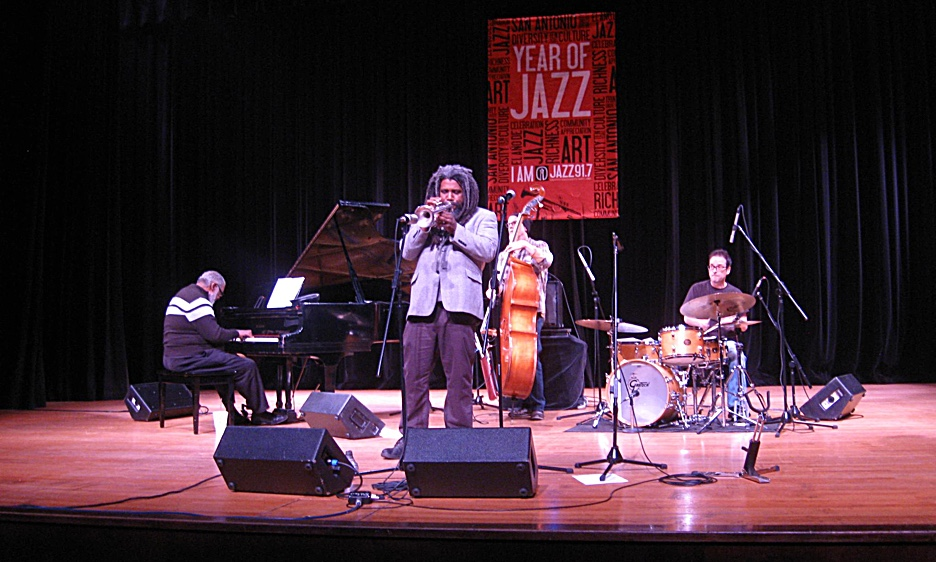 His creativity, musical integrity and talent has been well-received in both his 1950's Miles Davis tribute as well as his original material. In 2009 the City of Austin proclaimed January 15th "Jeff Lofton Day." He has performed at jazz venues such as Snug Harbor in New Orleans, and The Iridium, in NY, as well as regional central Texas performance venues. He has received ongoing positive press and regional and national attention such as All About Jazz, JazzTimes, and Downbeat magazines. In 2015 he was named an American Icon in Macy's national ad campaign supporting "Got Your 6" programs benefiting U.S. veterans and their families.

I've worked on my tone for a long time and really think it's a unique sound. I'm always working on tying ideas together making a well developed solo that does not repeat itself. Constant creation and great melodic and rhythmic integrity are my goals.

Find out how the student learns and work within that confine and always stay positive.

I'd really like to work with Joey Alexander, Chris Potter, Vince Wilburn Jr., and Linda May Han Oh.

Stateside Theatre at the Paramount in Austin.

Jericho because I got the record with Dr. James Polk, Ernie Durawa, Carolyn Wonderland and Murali Coryell.

I push the ideas of what the horn can do. I've been working on new techniques with single tonguing and using the no pressure system of playing and working on how to incorporate it into my solos. I'm also really into the development of melody in my playing so that pure technique is never the point but just an avenue to the music.

I co-produced two billboard charted hip hop recordings in 1999 and 2000. The Gutsmen Calling a Spade A Spade and Legend Make It Hot.

Ellington-Coltrane: In A Sentimental Mood
Horace Silver: Senor Blues
Kenny Burrell: Midnight Blue
Miles Davis: Miles In The Sky
Sun Ra: God Is More Than Love Can Ever Be

Jazz is alive and well.

New people coming to the music and jazz connecting with other musical forms is the key.

More recording both straight-ahead jazz and with my fusion group the JL Electric Thang, working on a performance of the Hayden Trumpet concerto, bringing my Miles Davis 1950's tribute to more cities.

Duke Ellington because of the post meal jam session.

Other than Music, what do you enjoy as a pastime?