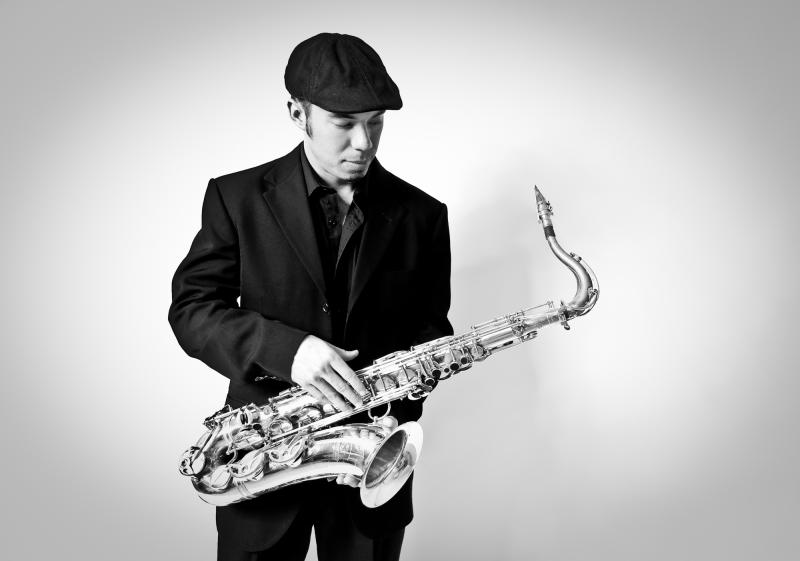 BY BRIAN MCCARTHY
August 9, 2011
Sign in to view read count
Meet Brian McCarthy:
A staple of the ongoing music scene from Vermont to New York, equally comfortable in modern jazz settings, Latin ensembles, and funk outfits. Brian is a first-rate saxophonist, arranger, and composer currently performing with Ray Vega's Quintet and the Grippo Funk Band. He has arranged for jazz heavyweights Kenny Garrett and Mulgrew Miller. He has performed with the Clark Terry Big Band and recorded with Mike Gordon, while always finding time in his schedule to lend his talents to the local Burlington, Vermont music scene.

Brian teaches at University of Vermont and Johnson State College and is the new Jazz Band Director at Saint Michael's College, among many others. He continues to write and perform with his own band in Vermont. He attributes his musical talent to a great educational experience at William Paterson University, his alma mater.

Teachers and/or influences?
I had the pleasure of studying with greats like Clark Terry, Gary Smulyan, Jim McNeely, Rich DeRosa and Bill Mobley while I was at William Paterson. And mentors like David Demsey, Mulgrew Miller and the late James Williams, to name a few. I'd say it was a pretty good experience. Six years of study there went by way too fast.

I knew I wanted to be a musician when...
I saw a video of Branford Marsalis at the Newport Jazz Fest when I was in middle school. The festival must have been from the late '80s judging by the neon colored cloths and shades people were wearing. But the music Branford was playing—even though I didn't understand it—it was like some switch went off in my head. I remember thinking "Man, that could be me." I think about that video every day, in spite of the clothing (sorry, Branford!).

Your sound and approach to music:
I work every day to improve my professionalism which I hope comes through every note I play. My approach to music is one of "know your role." Every situation is different, and if you understand it well enough, you can do the role justice while still having your personality be a part of it.

Your teaching approach:
A great Joe Gallardo quote I got from Dave Demsey, something to the effect of "When you remove all extraneous thought, all that's left is the music." To me, that means getting around that hunk of brass in your hand (or whatever your instrument is) so you can focus all your energy on making music...not making sound.

Your dream band:
Give me players who speak the same language, and I'll give you a true musical experience.

Road story: Your best or worst experience:
I remember driving the van down to a wedding in the very south of New Jersey on the ocean...during a tropical storm. The sea was angry that day my friends, and the large tent to house the outdoor event only acted as a big "sail," just ask the tent-tech on hand that day. With the storm surge, let's just say, the event was a whole lot closer to the ocean then planned. Best part of the night was the tech reached the limits of what he could do (and with one main tent pole at an 80 degree angle), he then advised everyone to "get the hell out now."

Favorite venue:
Up here in Vermont, I love playing at Nectar's. The sound is always killin, the band is hitting hard, and the audience is into it all night long.

Your favorite recording in your discography and why?
I don't know if this counts, but I did an album with Clark Terry a few years back with some of my good friends from William Paterson University. The playing was amazing, but more so, the experience and history we received from CT was more valuable then I can describe. The album is still unreleased, but I hear talk about that changing. I hope people get a chance to hear what went those nights in the studio.

The first Jazz album I bought was:
I Heard You Twice The First Time, by Branford Marsalis. The man that flipped the switch on in my head was the first music I sought out.

What do you think is the most important thing you are contributing musically?
Professionalism and humility. Work hard to do music justice, and the music will take care of you. And remember, no one is above the music.

Did you know...
I've got a killer jump-shot.

Miles Davis, The Complete Live at The Plugged Nickel (Mosaic).

How would you describe the state of jazz today?
The game has changed, and continues to do so. We as musicians and audience members have to grow and adapt. People need a relevant reason to come to the music, and no "I'm good, people should come see me" doesn't count.

What are some of the essential requirements to keep jazz alive and growing?
Spending less time worrying why Lady Gaga is so popular, and more time on how to bring our music to the people who appreciate it. Most importantly, finding connections to the audience.

What is in the near future?
I've got some new music to introduce with my Vermont quartet, I'm gonna take some risks on self-presenting it in a few locations. On top of that, I'm planning out the next album with another group, different writing. And on top of that, I've got a nine-piece group just waiting for when the time is right (and the funding is there!).

By Day:
Musician, through and through. Playing and teaching. To be a true musician, you are both, otherwise you're missing something crucial and the music suffers.

If I weren't a jazz musician, I would be a:
Comedian. The late nights, small crowds, glory and crappy pay is about the same.