James Williams was an American jazz pianist. Williams began playing piano at age 13, and served as the organist at the Eastern Star Baptist Church in Memphis for six years early in his career. He attended Memphis State University, where he began playing jazz. In 1973 he became a faculty member at the Berklee College of Music, also playing with Alan Dawson's group alongside visiting musicians such as Milt Jackson, Art Farmer, and Sonny Stitt. His first album as a leader arrived in 1977, and in 1978 he joined Art Blakey's Jazz Messengers, remaining there for four years. He moved to New York City in the early 1980s, playing with Dizzy Gillespie, Freddie Hubbard, and Kenny Burrell, and formed his own group, the Intensive Care Unit, with Christian McBride, Bill Pierce, and Tony Reedus

The Infinite Variety of the Human Voice

This show examines a wide variety of jazz singing styles, including frisky swinging by Annie Ross and Eddie Jefferson, vocal chorus work from New York Voices, wordless experimenting by Karin Krog and folk song interpretations by Maxine Sullivan and Sheila Jordan. Playlist Henry Threadgill Sextett “I Can't Wait Till I Get Home" from The ...

Celebrating 40 years as a jazz broadcaster, music producer, and writer this year, Mark Ruffin--perhaps best known as the program director for the Real Jazz channel on SiriusXM --stands as one of jazz's unsung heroes. Countless artists owe their career successes and prominence to his tireless efforts, boundless enthusiasm and advocacy, and encyclopedic knowledge of the ... 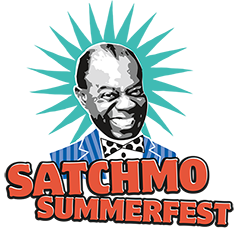