Former BBC New Generation Artist, and participant in Take Five Europe, the work of trumpeter, flügelhornist and composer Tom Arthurs situates itself between large scale commissions for orchestra and beyond, rich and intimate chamber jazz, and experimental, beautiful and intriguing improvised music. Drawing influence from music ranging from György Ligeti to the pygmies of Central Africa, the work of film directors Andrei Tarkovsky and Jean-Luc Godard and the creations of pioneering chefs Ferran Adrià and Heston Blumenthal, Tom's warm sound and all- encompassing approach are becoming increasingly well known across Europe and beyond. Recent recordings include Julia Hülsmann Quartet (ECM, 2013), Eric Schaefer's 'Who's Afraid of Richard W.' (ACT, 2013), Miles Perkin Quartet (2012), H3B Songs No Songs (Abalone, 2012) and Postcards from Pushkin with Richard Fairhurst (Babel, 2011). And new for 2015 will be A Clear Midnight (Julia Hülsmann Quintet, ECM), Marc Schmolling's Ticho (Unit) and Vaucanson's Muse (w

Improvisation is the core of clarinetist Ben Goldberg's Good Day For Cloud Fishing, and not just the music. His fascination with poet Dean Young's work led to the creation of this album where the trio of Goldberg, Nels Cline and Ron Miles improvised upon a musical sketch that Goldberg wrote based upon one of Young's poems. ...

On this show there is a focus on two recent albums by Local Talent and Saxophone Summit. Local Talent combines three of Canada's most eminent instrumentalists performing together on record for the first time. The group is lead by composer and keyboardist James Hill, a rising star of the Toronto scene, known best for ... 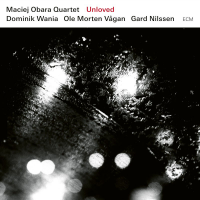 Unloved marks a before and after for alto saxophonist/composer Maciej Obara, whose star has gradually risen since his debut as leader, Message from Ohayo (Polish Radio Katowice, 2007), and his subsequent stint with Tomasz Stanko's New Balladyna Quartet. However, it's arguably with his quintet Obara International, featuring Dominik Wania, Gard Nilssen, Ole Morten Vågan and Tom ... 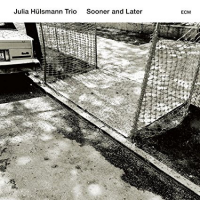 Jazzahead! Trade Fair/Festival Bremen April 27-29, 2017 Jazzahead!, the annual market place of/for jazz in Hanseatic city of Bremen in North-Western Germany, with a total of 40 showcases and a concluding club night with more than 110 concerts, is impossible to cover adequately in one report. In this article you'll find a ... 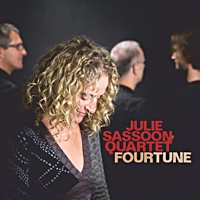 Fourtune is British pianist-composer Julie Sassoon's first quartet recording. Sassoon's musical approach draws in equal measure on her classical training and on a love of jazz and improvised music. This marriage goes far beyond the translation of a pianistic technique from one musical area to another but becomes something far deeper and more powerfully emotionally moving ... 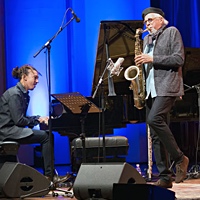