Former BBC New Generation Artist, and participant in Take Five Europe, the work of trumpeter, flügelhornist and composer Tom Arthurs situates itself between large scale commissions for orchestra and beyond, rich and intimate chamber jazz, and experimental, beautiful and intriguing improvised music.

Drawing influence from music ranging from György Ligeti to the pygmies of Central Africa, the work of film directors Andrei Tarkovsky and Jean-Luc Godard and the creations of pioneering chefs Ferran Adrià and Heston Blumenthal, Tom's warm sound and all- encompassing approach are becoming increasingly well known across Europe and beyond.

As a composer, Tom has been awarded commissions from the BBC/RPS for both the City of London Festival (Postcards from Pushkin with Richard Fairhurst), and the BBC Proms (And Distant Shore, with Richard Fairhurst and ace classical trumpeter Giuliano Sommerhalder). The Geneva Downtown Orchestra also commissioned a suite of music for 9-piece ensemble with Arthurs.Høiby.Ritchie at it's centre, and A.H.R have also performed a suite by Tom with the Elysian and Gerdur Gunnarsdottir String Quartets. 2010 saw the commission of Fire Paintings (for Yves Klein), which was premiered by the BBC Concert Orchestra with Tom and drummer Stuart Ritchie as soloists, and 2011 saw a further BBC commission for the Elias Quartet plus Swiss drummer Samuel Rohrer.

Much of Tom's improvised experimental output is available through the Not Applicable Label, whether with the trio GLUE (Miles Perkin, Yorgos Dimitriadis), working with interactive computer software (Long Division, Ollie Bown), or in duo with electrician Simon Vincent. Tom is also associated with Amsterdam-based organisation Gallery of Tones.

Winner of the Peter Whittingham Award in 2001, thrice-nominated in the BBC Jazz Awards (Best Instrumentalist and Rising Star), and a previous participant in the Serious/PRSF/Jerwood Take Five UK scheme, Tom has been featured extensively on BBC Radio 3 as part of the New Generation Scheme and beyond, and has performed internationally with festival credits including Berlin, North Sea, Cheltenham, Moers, Bath, Jazzd'or, London, Manchester, Belfast and Jerusalem. He has been broadcast by Radio France, SWR, WDR, RBB, and ARD in Germany, P2 in Denmark and Ö1 in Austria.

'A restlessly creative and experimental musician' [The Jazz Mann, UK]

'A restlessly creative and experimental musician' [The Jazz Mann, UK]

'Arthurs is ingenious in the way he can make a line seem at once rhapsodically free and focused' [Ivan Hewett, Daily Telegraph, UK]

'An incredibly accomplished player. A virtuoso, his sound is fat-toned and fluid... maturity is clear from the outset... it's as if he has nothing to prove...' [Jazzwise, UK]

'Tom Arthurs took a handful of superb, austere Kenny Wheeler-like solos that were the highlights of the set.' [Bruce Gallagher, Downtown Music Gallery, on a Miles Perkin Quartet concert in Victoriaville, Canada] 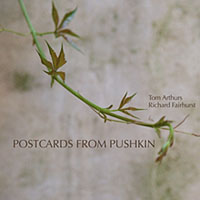 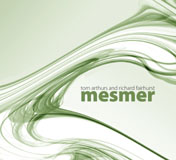 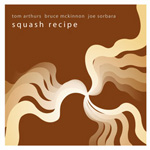 All About Jazz musician pages are maintained by musicians, publicists and trusted members like you. Interested? Tell us why you would like to improve the Tom Arthurs musician page.