It all started in Beaumont, TX. Joe and John Beaty were born into that East Texas heat and humidity. It took a few years and a few bumps in the road, but the Beaty Boys found their calling, they found their instruments. They both took to practicing 8 hours a day. The brothers knew they wanted to end up in New York City and they had the perfect pit stop. Both Beaty Brothers were accepted with scholarship to Interlochen Arts Academy. The brothers now had the opportunity they needed to ensure their ticket to New York. They could practice a staggering twelve hours a day. Sharing, mentoring, and teaching one other the Beatys soaked up the worlds of classical music, dance, poetry, art, and theater. In mid-August of 2001, the brothers fulfilled their goal of making it to New York City 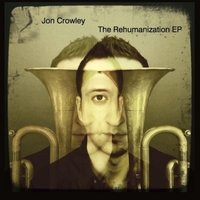 The “EP" tag sitting on the title of trumpeter Jon Crowley's The Rehumanization EP is an obvious abbreviation for “Extended Play." Given an extended listening, it might be more apt to be interpreted as “exceptionally pleasing" or “exceptional performance." Both descriptions precisely fit this, Crowley's third release as leader. And, it is just as terrific as ...

It feels nice to finally be able to share what I've been up to since I last wrote for All About Jazz more than two years ago. In those articles I chronicled my journey from first learning Jazz, attending Music School and finally life as a touring Jazz musician. Through this process I came to understand ...

The Stretch Movement's main goal is to build a new young audience. This seems like it should be an obvious statement, but jazz has ignored the fact that new young listeners are not flocking to the music. The vast majority of listeners that end up at jazz shows are students, who are studying the music, or ...

For my entire childhood, up through the moment I graduated high school, I was told of the importance of the SAT Reasoning Tests and attending college. I believe this was a message my entire generation heard from our parents, teachers, and society at large. While I was in eighth grade, I was introduced to jazz and ...

A few months ago Felix Pastorius, Chris Ward, Zaccai Curtis and I started something called The Stretch Movement. We started quietly amongst our friends and launched our website, mymomthinksimgreat.com on November 2, 2011. Why quietly? I was worried; it was the uneasiness of being the first to do something. In our mission statement we were acknowledging ...

Take Five with John Beaty of The Beaty Brothers Band