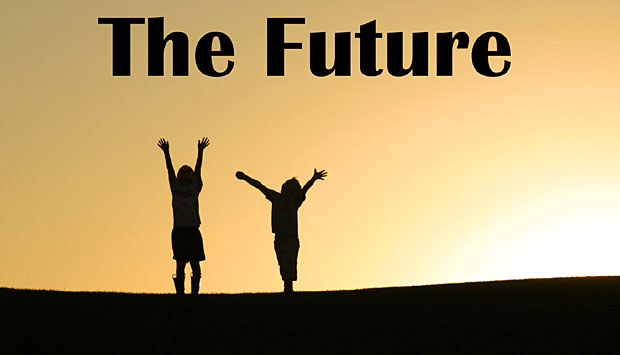 BY JOHN BEATY
December 22, 2011
Sign in to view read count
A few months ago Felix Pastorius , Chris Ward, Zaccai Curtis and I started something called The Stretch Movement. We started quietly amongst our friends and launched our website, mymomthinksimgreat.com on November 2, 2011. Why quietly? I was worried; it was the uneasiness of being the first to do something. In our mission statement we were acknowledging that jazz was not only dead but that that word didn't aptly describe the music we play. We started Stretch for all the amazing young musicians who are coming out of college that don't play or relate to swing, and will probably not go on to play jazz, nor perform live within the current music landscape. Simply put, Stretch is instrumental hip hop/rock played by true virtuoso instrumentalists. We realize that no one within the jazz world is widely known outside our small community. There are no purely instrumentalist artists with the virtuosity of a Chris Potter or Brian Blade being featured on the Grammy Awards, or even selling one million downloads. While jazz isn't promoted on an equal level compared to Lady Gaga or the Black Eyed Peas, jazz is also not entertaining to the general American public.

It is naive to think you can grow your audience wearing suits and playing for people while they sit and eat their dinner. The average listener will not buy a record based on a musician's ability to play in 13/8 (or any other complex musical concept that only an elite few can even recognize). What we need are instrumentalists who can be widely popular while also playing great music. There is no more hiding from the economic realities of jazz. It has failed in every sense of commercial success and even in its own self-sustainability, which relies almost entirely on government grants, and educational positions for its musicians in Universities, to make a basic living. With the price of education rising, it won't be long until the jazz education structure collapses as well.

There has been much said about Nicholas Payton's infamous blog post, "On why Jazz isn't cool anymore," posted November 27th, and his subsequent "BAM" (Black American Music) movement. I applaud Payton for standing up and having the courage to say jazz is dead. Renaming your music BAM, however, while still performing it in jazz clubs, wearing the same suits and taking long solos isn't going to change the music's economic success or accessibility. I agree with Payton's assessment on how all music made in America has been influenced by Black American Music, but describing my music as BAM is just as useless as the word jazz, because it is vague, broad and ambiguous. He cites Louis Armstrong, Charlie Parker, John Coltrane, Bonnie Raitt and Michael McDonald as BAM musicians. If BAM is used to describe all of these artists, then it doesn't tell the audience anything specific about what it is going to hear.

It was jazz musicians' unwillingness to put themselves in the shoes of the listener that led to its failure, not the word jazz. In Hip hop, Jay-Z has achieved great commercial success and popularity. He mixed his amazing ability with the right entertainment value and reached a large audience at the right time. Payton is an incredibly gifted trumpeter, but I'd venture to say that a 19 year-old (who has never touched an instrument) in middle America will not be entertained by him and his music. To go see him play, and then sit ten minutes through the rest of the musicians' solos over a candlelit dinner will not be entertaining for them.

Payton has also had opportunities my generation will never have, in particular a major label record deal. He received his first at age 21. Trumpeter Jonathan Powell is someone I view to be one of the top trumpet players of our generation, but he has to tour playing Broadway shows just to make a living. Payton does not know what it is like to be talented and have no infrastructure available to break through to wider audiences. His first record was released back in 1994, and the music world has changed drastically since then. If he hasn't carved out an acceptable life for himself yet with his music, renaming that same music BAM surely won't change anything.

His generation had a great opportunity to move the music forward, yet somehow they did not see the lack of record sales as a red flag. Most members of his generation were slowly and systematically dropped from their respective labels. The jazz world that we have been living in is supported by education and arts funding, not downloads or merchandise. It has failed commercially, and so I would say to Nicholas Payton: "Keep the word jazz or BAM or whatever it's called that you've been playing the past twenty years; what I play is Stretch, and it is a different and specific style." My generation's struggle has led us to Stretch, and it is a movement that doesn't care about race, background or social status, whereas BAM seems to be quite focused on racial divides. To quote Payton's Twitter account: "You get it, but many Whites have a problem with it. Again, leave the discussion up to us Blacks...Let us handle this one and we'll tell you what we decide to call it when we walk out of the boardroom...I wouldn't go as far as to say all the haves are White. That said, with all due respect, White people don't get to weigh in."

The previous generation has divided this country enough. There are problems with healthcare, poverty, education, corporate greed, and government corruption in America that will take unity to overcome. Payton's statements mentioned above have alienated me and many others (both listeners and musicians). His words have divided. I am sure I'm not alone in wondering, "Why would I join a movement (BAM), where I feel my voice will never be seen as equal due to my skin color?" What we should focus on creating are successful instrumental musicians who can achieve wide commercial success. This would be a huge victory for all of us (jazz, BAM and Stretch). As one of the leaders of the Stretch Movement, I know I don't have all the answers, but I'd like to start a dialogue on these issues, and encourage AAJ readers to do so by posting their comments at the end of this piece. I hope Stretch helps the jazz community. Studying swing and jazz are great tools in becoming a true improvising instrumentalist, regardless of genre. Jazz is where we came from, but it is not who we are now. If the movement succeeds, it will only draw more potential listeners to jazz, a music which I love.

We are not here to complain. We are actively working to establish not only Stretch Music but a Stretch University of alternative music education, perhaps even Stretch Fashion down the line someday. We aren't here to replace the word jazz; we are here to give young instrumental talent an alternative to what jazz (or BAM) will provide. There is no path for instrumentalist in the world that leads to performing to young fans and getting the same size audiences as a Jay-Z, Justin Bieber, or Lady Gaga. I know we have the talent; we just haven't had the vision...yet.

In my next column I will address the jazz education system, and why the current college model has crippled an American generation, as well as how a Stretch University can be an alternative.

We are Stretch, All are Welcome.


[Special thanks to Jon Crowley, for his assistance in the creation of this article.]