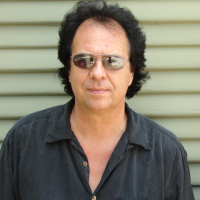 Initially Oteri offers a more languid approach that creates mood, something rather lacking among this column’s CDs, with their in-yer-face anxiety to please.
—Stuart Nicholson, JazzTimes

”I'm mostly self taught. I learned Jazz on the street as well as rock and blues. If you are fine with that then we can talk. I'm fine with it.”

Already established as a guitarist why change horses? Why not? Is reinvention a key to the creative process? Oteri explains, “I've always been an explorer and this need for change drives me to new frontiers. While some are cautious about change for me it's about accepting it.”

Oteri's flute and sax work became his focus recently after a purchase of a new flute in 2016 and a couple of tenor saxes in early 2017. “I played flute in my late teens after borrowing my sister's flute, since she was not very interested in it, and played professionally for several years in the early part of my career along with guitar, bass and pedal steel, whatever seemed to be needed. Around this same time, I had an old Conn sax that I played for maybe a year until both the flute and sax needed more work than I could afford at the time. (see tragedy and time off from music in bio below) When I came back to music after several years off I focused on guitar for a few reasons, one being I was living on a sailboat with not much space and guitar was small enough to use on the boat and compose. I did not think about getting back to flute and sax until I had produced a few guitar-based albums but alas, here I am and looking forward to recording and performing anyway I can get it out”

Willie Oteri is an anomaly in the music world having survived tragedy and financial hardship that forced him to quit music as a profession in the early part of his career. After nearly ten years away from performing and most of this time not even owning an instrument Oteri came back to music, first part-time then full. Older, wiser and as eager and excited as anyone to again have a life of music.

With a small budget he released two well-received blues/rock albums in the late ‘90s before moving to Austin Texas where he quickly befriended some of Austin’s top Jazz musicians leading to the 2000 release of Willie Oteri’s Jazz Gunn, Concepts of MateMaToot with Chris Maresh, Brannen Temple, Michael Malone and Chris Tondre. Wanting to further pursue the freedom of electric Jazz and improvisation Oteri contracted producer Ronan Chris Murphy (King Crimson, Chucho Valdes ) to produce Spiral Out (2003-2005) a modern jazz album featuring King Crimson and Zappa alums Tony Levin, Pat Mastelotto and Mike Keneally with the added help of Austin trumpeter Ephraim Owens in an improvised environment. The success of this DIW (Diskunion Japan) release produced tours in Europe and Japan.

In 2003 Oteri rented an apartment in Padova Italy and spent nearly 4 years bouncing back and fourth from the States to Italy touring regularly in Italy, Germany and Slovakia. Several performances included musicians from the cult- favorite, Spiral Out: Pat Mastelotto, Tony Levin, and Ronan Chris Murphy as well as other adventurous musical visionaries like Chris Boulet and Markus Reuter. During this time Oteri co-hosted the ambitious Super Sessions seeded by Chris Boulet. These performances were named for their lengthy non- stop goals of 14, 33 1/3, and 45 hours! This would soon lead to the first Super Session in the United States (Phoenix, AZ) before his return to Austin in 2008. In Austin Oteri began working with trumpeter Dave Laczko forming their duo, WD-41. Their first release soon followed with the self- titled album in 2009 whose success quickly lead to the release of WD-41+2 Temi Per Cinema (2010) featuring the talents of guest musicians Dino J.A. Deane and Scott Amendola. The success of WD-41 brought Oteri back to Europe for WD-41’s performance at the 2011 Portello River Film Festival in Italy. During their tour in Europe, Oteri and Lazcko recorded live performances with German and Italian names Schroeder, Sylvia Oelkrug, Jan Fitschen, and Alessandro Arcuri leading to the international release of the vividly eclectic jazz album Shrunken Head Shop, Live in Germany (released 2013).

Oteri has continued improvised classical and jazz performances and improvised recordings from his latest project, DarkMatterHorns. Recently Oteri completed a ten year residency at Kenny Dorham's Backyard venue in Austin Texas followed by a move to the north east in June 2021 where he took part in the PVDloop Festival at AS220 in Providence RI. His latest releases include work with Jeff Platz, Damon Smith and Matt Crane. Oteri also loves to visit Europe where he often works as a sideman for Italian singer Bobby Soul. Show less

Willie Oteri And Dark Matter Horns Dig Into Their Archives For...

Celebrating Ten Years Of Jazz OUTside At Kenny Dorham's Backyard in...

”Whatever is in Willie Oteri's water, I think it's high time that it was poured into the two dimensional cesspool which is what some of the homogenized and pasteurized modern music industry has become today.” —-Bruce Stringer (Music street jounal)

“This is one of those CDs that entirely deserves to be heard by anyone who likes to live inside exotically compelling musical environments. It's rather beautiful too.”—Gapplegate Music”

...goes beyond anything Charlie Parker or Miles Davis did during even the most experimental years of the Be-Bop jazz era, although there's some of that influence in this album, also

”Whatever is in Willie Oteri's water, I think it's high time that it was poured into the two dimensional cesspool which is what some of the homogenized and pasteurized modern music industry has become today.” —-Bruce Stringer (Music street jounal)

“This is one of those CDs that entirely deserves to be heard by anyone who likes to live inside exotically compelling musical environments. It's rather beautiful too.”—Gapplegate Music”

...goes beyond anything Charlie Parker or Miles Davis did during even the most experimental years of the Be-Bop jazz era, although there's some of that influence in this album, also. This is as much inspired by other avant-guarde artists such as John Cage, Edgard Varese, George Crumb, or Smegma...”—Dan FiebigerE-Mail music review newsletter.

“Initially Oteri offers a more languid approach that creates mood, something rather lacking among this column’s CDs, with their in-yer-face anxiety to please.”

“Jamming with you must be one of the greatest things—your music sounds great, and it always amazes me how far you can stretch a musical idea. Brilliant!” 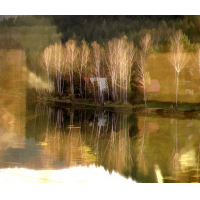 From: Reflections
By Willie Oteri 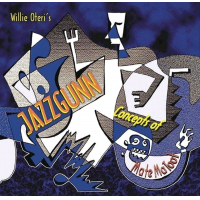 Song of the Sea Witch 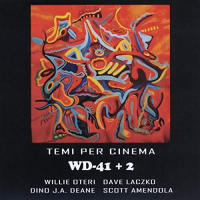 From: WD-41 Temi Per Cinema
By Willie Oteri

All About Jazz musician pages are maintained by musicians, publicists and trusted members like you. Interested? Tell us why you would like to improve the Willie Oteri musician page.