Immanuel Wilkins is a saxophonist, composer, educator, and bandleader from the greater Philadelphia area. While growing up, Wilkins honed his skills in the church and studied in programs dedicated to teaching jazz music like the Clef Club of Jazz and Performing Arts. After moving to New York in 2015, he proceeded to earn his bachelor’s degree in Music at Juilliard (studying with the saxophonists Bruce Williams and the late, great Joe Temperley) while simultaneously establishing himself as an indemand sideperson, touring in Japan, Europe, South America, The United Arab Emirates, and the United States and working and/or recording with artists like Jason Moran, the Count Basie Orchestra, Delfeayo Marsalis, Joel Ross, Aaron Parks, Gerald Clayton, Gretchen Parlato, Lalah Hathaway, Solange Knowles, Bob Dylan, and Wynton Marsalis to name just a few 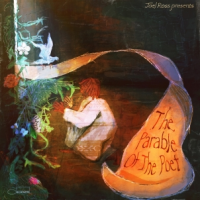 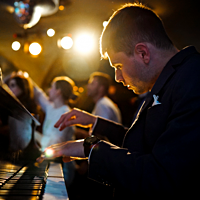 The release of the three-disc set The Concert for Bangladesh (Apple) in 1971 established a template for the charity benefit album that is still followed to this day: multiple discs in lavish packaging, a grab-bag of songs and most importantly, a red-carpet lineup of established, often older stars, one of whom was invariably the organizer of ...

Today, we have a variety show of sounds for your enjoyment. First, a bit of a brew of mild avant-garde meets lounge music with Lyle Murphy (inventor of his own 12-tone system) and Gil Mellé (Modern Primitive Music). Things get serious with works from George Russell and the MJQ, before we change it up with a ...