Gabriele Mitelli is a trumpet and flugelhorn player, composer and performer. He started studying trumpet in 2009 under the guidance of Giuseppe Rusconi. In 2010 he enrolls at the “Luca Marenzio” academy of music in Brescia where he specializes in jazz trumpet. He participated in the 2011 Siena Jazz’s seminars held by Seamus Blake, Reuben Rogers, Eric Harland, Avishai Cohen, Miguel Zenon, Lionel Loueke, Massimo Biolcati, Ferenc Nemeth, Franco D’Andrea, Andrea Ayassot, Aldo Mella, Zeno De Rossi, Dave Douglas, Pietro Tonolo, John Taylor, Michael Blake, Kenny Werner, Ben Street, Ferenc Nemeth, Michael Blake, Stefano Battaglia, Omer Avital, Jeremy Pelt, Mauro Negri, Pietro Condorelli, Pietro Leveratto, Massimo Manzi. In 2011 he participated in the international jazz festival “Time in Jazz” in Sardegna, organized by Paolo Fresu, where he has presentated his own compositions with his septet “Screwdrive Inn”. In 2012 he attended masters with Markus Stockhausen with whom he studied in Cologne, Germany and in the same year he played with Markus Stockhausen project in the International festival “La fabbrica del jazz”, in Schio (Vicenza, Italy). In 2012, after a creative experience in Berlin, he wrote his first performance that it has been presented in Poznan (Poland), in October, with the painter Mark Maksimovich, the sculptor Leszek Trzybinski, Alberto Cavenati at preparated guitar and Davidu Poniekąd at synthesizers. He’s a co-founder of RES collective “Heuristic Sonor Research”, an improvisation collective. He has played in different countries like Italy, Belgium, France, Germany, Swiss, Poland 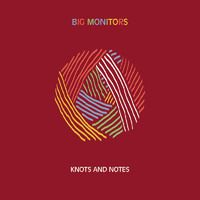