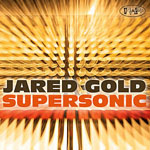 The organ trio, back in the day at the sharp end of sonic technology—electric organs! electric guitars! special effects!—sounds in 2009 the most dated of hard bop retentions. Compare Jimmy Smith's Blue Note collection, A New Sound - A New Star, recorded in 1956, with many new millennial outings in the style, and try to find any substantial differences. The biggest change is that what once must have sounded thoroughly cutting edge now sounds revivalist, even quaint.

Modern organists have responded to the challenge of being simultaneously in the tradition and of this time in various ways. Groups like Medeski Martin & Wood have hung on to the original ambience of the genre while topping it with layer upon layer of overdubbing, loops and digital effects. Marco Benevento—whose Invisible Baby (Hyena, 2008) and Me Not Me (Royal Potato Family, 2009) have yet to be recognized as the masterpieces of keyboard invention that they are—has opted instead to embrace the essentially kitsch, cheesy and overheated nature of the organ, bombard it with digital voodoo, lace it with hallucinogens and then multiply by eleven.

The option chosen by Jared Gold on Supersonic is simply to keep on trucking—not messing with the B3's classic sound palette, going for a live sound, relying on sheer energy and improvisational élan to sound fresh. It's a tough route, but Gold makes it. John Sebastian's "Welcome Back" and Gold's "Makin' Do," which open the disc, are fast, full-on mixes of funk and bop, the first screamingly urgent, the second a little mellower. Crewe & Gaudio's evergreen ballad, "Can't Take My Eyes Off You," which follows, is reminiscent of Jimmy Smith at his most rococo.

Gold's "Times Are Hard On The Boulevard" and "Battle Of Tokorazawa" tread more singular ground—intense, jittery and chromatic. Gold's solos are thrilling. On "Tokorazawa," guitarist Ed Cherry—who, for most of the album, stays in classic Wes Montgomery and Grant Green modes—offers a sonically adventurous solo which is as beautiful as it is all too brief. "Joe's Thing," a slow blues, and "Home Again," wistful with a touch of tunesmith Pat Metheny in the top line, take the album out.

When it stays with the tradition, it's convincing. When it strikes out somewhere Gold's own, it's compelling. It's all solid stuff, but more of the latter would make for a really distinctive disc.

Welcome Back; Makin' Do; Can't Take My Eyes Off You; Times Are Hard On The Boulevard; In My Life; Battle Of Tokorazawa; Sparks; Angel Eyes; Joe's Thing; Home Again.