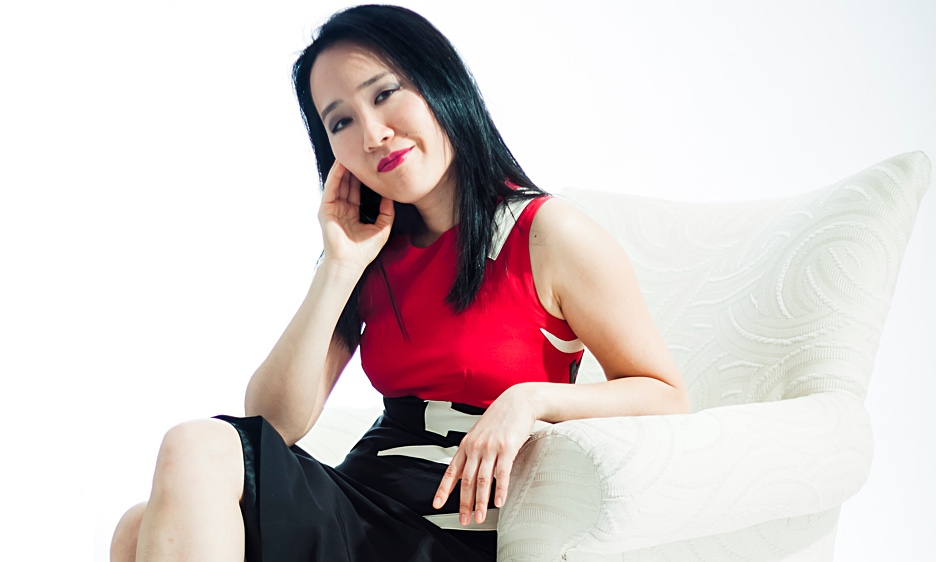 It's rather a daunting task, to celebrate an iconic figure like Thelonious Monk, and to be given free rein to choose the format, the programming, the material, the musicians and artists.
—Helen Sung

The first weekend in April will see the opening of a monthlong, three-venue celebration of Thelonious Monk at Jazz at Lincoln Center, the third installment of their annual Monk festival.

It all starts Thursday evening (April 5) with Chick Corea sitting in for three nights with the Jazz at Lincoln Center Orchestra with Wynton Marsalis in the Rose Theater.

And Monday evenings throughout April are dedicated to a class on Monk, "Monk's Mood: The Life Of Monk," taught by Greg Thomas.

But more akin to Monk's own small-group recordings that largely defined his career will be the three-night engagement beginning Friday night with pianist Helen Sung, who was tasked by Jazz at Lincoln Center with organizing the Dizzy's Club Cola-Cola portion of the festival.

In an email exchange, Sung wrote that Monk is still rightly revered more than three decades after his too-young passing at age 64.

"Monk is an artist of incredible individuality and distinctiveness who by and large was not that well received, at least initially. To persevere in the face of that must have required great courage, perseverance, and faith. I think it just took the rest of the world some time to catch up with Monk and his music!"

Sung's official title is curator / director of the Monk Festival at Dizzy's—and all three nights are of her design.

"It's rather a daunting task, to celebrate an iconic figure like Thelonious Monk, and to be given free rein to choose the format, the programming, the material, the musicians and artists," Sung wrote. "I'm truly honored by Jazz at Lincoln Center's trust in me."

Sung wrote that the invitation from Jazz at Lincoln Center only came in January, "So, not that long ago!"

But in the weeks since, Sung wrote that the process of putting together the program has "mixed all three major considerations: programming/concept, compositions, and artists. It's really a dance of sorts—programming ideas affect material choice, both of which influence which artists would fit, and such artists' availability would in turn affect if I could even do a program concept I had in mind, and thus the songs I would perform."

And, of course, with relatively short notice, Sung found that some artists she might have liked to work with were already booked. Still, she expressed joy at those artists whose schedules meshed with that of the festival: "I've learned to just hang in there through the process, and what is supposed to happen, will work out and happen."

"My quartet will be the core ensemble through the three-night run. John Ellis (saxophone) and Donald Edwards (drums) are long-time cohorts whom I love working with. This will be my first time working with bassist George DeLancey, but he comes highly recommended and is a graduate of Rodney Whitaker's amazing jazz program at Michigan State, where I did their jazz artist-in-residence this past February.

"The special guests will be: The fabulous vocalist Catherine Russell, daughter of jazz royalty Luis Russell and Carline Ray. Catherine's voice has a worldly wisdom combined with pure joy and authentic jazz spirit that I think is delightful and very special. I can't wait to hear her help us celebrate Monk in song!

"The dynamic tap dancer Michela Marino Lerman, who is brilliant! This will be my first time incorporating tap dance into a show, and the idea was partially inspired by playing with Geri Allen's tap dance project TimeLine at her Winter Jazzfest Tribute. It was a great experience, and with Monk's rhythmic flair and penchant for dancing onstage, I thought: Why not?

"The 'doctor' Eddie Henderson, one of our jazz elders and an incredible trumpeter. One of Monk's nicknames was 'High Priest of Bebop,' and although I consider him to be his own genre, he was definitely a part of the bebop era. So I thought it would be great to end the three-day festival with a romp through Monk tunes and some of his favorite covers in the classic bebop band format: saxophone, trumpet, piano, bass, and drums."

As far as the actual program—the songs to be performed—Sung kept that relatively close: "I was going to say, 'We're going to play some Monk classics,' but then again, virtually everything he wrote has become a jazz classic! From the haunting lyricism of 'Ugly Beauty' to the rhythmic exuberance of 'In Walked Bud,' I selected songs that particularly resonate with me. I will also include some original works that are inspired by my love of Monk."

For those who are able to attend one of (or all three) the nights of the Monk Festival at Dizzy's, Sung wrote that she is aiming "To create something beautiful, personal, and real—musical experiences that share with every participating artist and listener my love for Monk and his music, and the delight and joy of being a jazz musician."