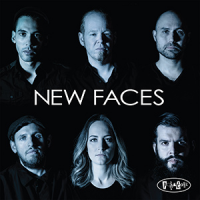 New Faces is the brainchild of producer Marc Free, who comingles the talents of six young jazzers, each of whom has led at least one session for Posi-Tone. With the exception of a Herbie Hancock composition, the material is comprised of attractive, catchy themes of varying degrees of complexity, penned by a number of the label's artists and originally released on records throughout Posi-Tone's two-decade plus history. The record was recorded in one day, the group sounds well prepared, and the results stand in contradistinction to a one off, all-star, blowing date.

Though the band is comprised of players who are in the process of establishing themselves as leaders, Straight Forward isn't ego-driven, bloated, or cluttered. An atmosphere of cooperation and shared space starts with a rhythm section in which each player sagely asserts himself without stepping on anyone else's toes. Bassist Peter Brendler selflessly tends to the music's foundation, each note round, full and cleanly articulated. Seemingly unconcerned about standing out and making himself heard, Vinnie Sperrazza invariably places snare drum accents in places where they'll do the most good. Pianist Theo Hill comps behind the soloists in a manner that constantly shapes the music, harmonically and rhythmically.

The band is chock full of capable soloists, none of whom dominates or detracts from the proceedings. During "Happy Juice" tenor saxophonist Roxy Coss integrates a fair amount of grit into a somewhat cool, studied veneer. Trumpeter Josh Lawrance consistently makes well-informed note choices even while surrounded by the rhythm section's abundant information. Throughout a turn on "Delilah Was A Libra" his lines breathe easily and display an admirable sense of balance. On "King Cobra" vibraphonist Behn Gillece exhibits a knack for executing brisk, chatty lines that never fail to cohere. Hill's efficient, Tyner-infused gallop on the up-tempo cuts such as Gillece's "Down The Pike" includes vigorous interplay between his left and right hands.

In sum, Straight Forward is a smart, stimulating recording that bodes well for the future of these six young leaders. Let's hope that, regardless of their respective career trajectories, Free will see fit to bring them together in the studio again in the near future.