After a decade on the New York jazz scene, vibraphonist Behn Gillece has built a solid reputation as a virtuosic instrumentalist and prolific composer. Following the release of Walk of Fire, his last album, Gillece was named the Downbeat Rising Star for Vibraphone in 2018. His new installment, Parallel Universe has just been released on the Posi-Tone label. Parallel Universe showcases Gillece’s compositions with a dynamic sextet featuring trumpeter Bruce Harris, tenor saxophonist Stacy Dillard, pianist Art Hirahara, bassist David Wong, and drummer Rudy Royston. His earlier releases, Walk of Fire, Dare to Be and debut album Mindset, received excellent reviews in reputable jazz periodicals such as Downbeat and Jazziz 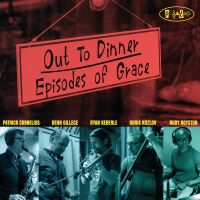 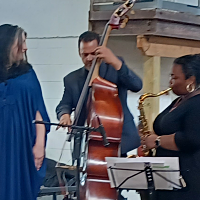 Bassist Boris Kozlov, pianist Art Hirahara and drummer Rudy Royston often operate as the rhythm section on sessions for the venerable Posi-Tone Records imprint. Regardless of the leader they are serving, they deliver a coherent foundation and frequently extend themselves beyond the parameters of a conservative, strictly supportive role. In short, it is never predictable what ...

Bass players don't always get the recognition they deserve. While it's easy to see their importance in the rhythm section, they aren't always the first instrument that comes to mind when it comes to the spotlight. There are exceptions, of course, and Boris Kozlov definitely fits into this category. His Posi-Tone debut, First Things First, highlights ...

During the early days of pandemic-induced isolation, old folkways and techniques suddenly became new again (remember the shortages of baking yeast and canning supplies?). The old ways are nothing new at Posi-Tone records, which has maintained an unflagging allegiance to swing, juicy melodies and fiery playing. Those qualities, all present on bassist Boris Kozlov's First Things ... 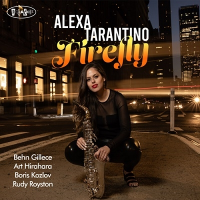