Squeeze Live at the Tabernacle 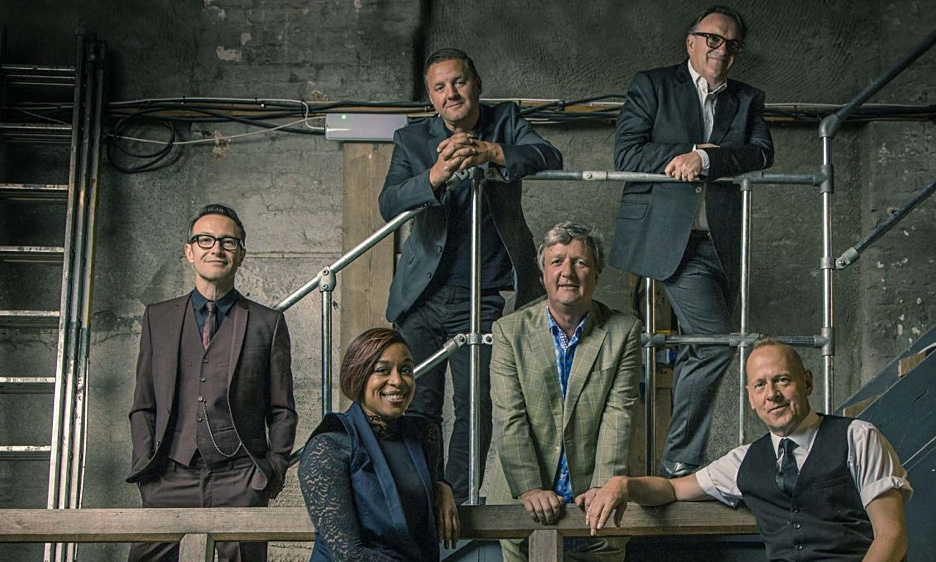 Squeeze emerged in the late-70s new wave rock scene but were always so much more than that implied. The band has long combined songwriting mastery which was comparable to that of the Beatles with a seamless amalgam of soul, blues, rock and even some jazzier flourishes (particularly in recent years).

Unlike most of their peers, Squeeze never stopped evolving and manage the rare trick of updating their classic songs with clever rearrangements as well as producing new tunes which are both in keeping with the group's identity while moving forward into new territory in an evolutionary manner. Both aspects were on display in Atlanta at the Tabernacle as the band stormed through a marvelous set of music.

Vocalist/guitarist Glenn Tilbrook and vocalist/guitarist Chris Difford make up the historical core of the band and their 40 plus years together have certainly honed their trademark vocal harmonies. Perhaps some may be less aware of their instrumental prowess as well as the brilliant solos which Tilbrook has played throughout the years. One might say that Tilbrook's soloing falls somewhere between that of George Harrison and something one might expect from Steely Dan; the chord changes are addressed in a very musical way while the songs still retain a lively rock feel.

In fact, Tilbrook has gone on record that his playing has been informed by his love for Joe Pass and Wes Montgomery as well as by Amos Garrett and Jimi Hendrix. These elements have rarely been discussed but add to the band's signature sound. Live, all of this is even more evident as Tilbrook allows himself more room to roam while the band still manages to make it feel like a brisk, well thought out set. Another Nail from My Heart was an excellent example of melodic soloing from Tilbrook as he followed the chord changes in a very musical manner, eschewing typical rock cliches.

The classic tune Tempted was introduced in a stripped down format with Glenn on guitar and vocals (and the entire venue singing along) and certainly confirmed the old adage that almost any song worth writing can be effectively delivered on a guitar in skeletal form. As the keys were introduced along with percussion, the band offered a virtual workshop in songwriting as well how to address a classic tune in such a way as to make it ring fresh decades later. The tune's chordal moves highlight a timeless sophistication which has been lacking from popular music for some time now.

The band was an efficient and skilled unit with Stephen Large on keys who supplied a variety of textures and solos (even strapping on a keytar of sorts). Simon Hanson and Steven Smith on drums and percussion respectively propelled the music and provided the occasional Latin flare as well. Pedal steel master Melvin Duffy imbued the songs with a timeless sound and expertly filled out the arrangements in unusual ways.

Jazz oriented listeners who may not have checked in on Squeeze in recent years would be well advised to look into recent Squeeze albums to get a better sense of how they have continued to evolve and especially well advised to see them in their element live. Now more than ever, the band manages the considerable feat of delivering both a sophisticated and a satisfyingly rocking show.

Dave was the editor of Fuse Magazine.