By JEFF DAYTON-JOHNSON
April 13, 2010
Sign in to view read count 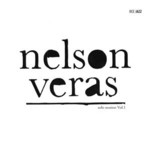 The relationship between Veras's playing and classic Brazilian guitar—Helio Delmiro, Joao Gilberto, Bola Sete—is like that between James Blood Ulmer's playing and the blues: oddly, totally inside the tradition and entirely outside it at the same time. For Veras (and Ulmer, indeed), this has something to do with a recondite intricacy in the playing that sets it apart from earlier influences. In Veras's case, this sophistication resembles that of Pat Metheny, who, incidentally, "discovered" the then-adolescent Veras some years back, freshly relocated from Salvador de Bahia to France.

In the set list, Veras certainly favors the Brazilian side of his pedigree, something he has not always been able to do so explicitly as a sideman: there are impeccable renditions of Antonio Carlos Jobim and Chico Buarque numbers, three apiece; and a lovely reading of Milton Nascimento' s "Lilia." Moreover, at least one of the straight jazz numbers— Chick Corea's "Windows"—has a longstanding Brazilian connection, as it is best known in Stan Getz's bossa nova version on the saxophonist's Sweet Rain, (Verve 1967).

Elsewhere, we get Richard Rodgers numbers, both with Larry Hart ("My Funny Valentine," which grapples with Jim Hall's classic duet version with Bill Evans, on Undercurrent, (Blue Note, 1962)) and with Oscar Hammerstein ("My Favorite Things," totally free of the influence of John Coltrane's many iconoclastic versions).

John Lewis's "Django"—perhaps an indirect nod to the French-guitar half of Veras's résumé—is rendered with aching saudade, the crystalline, almost harp-like, quality of the guitarist's playing shining through the warm, low-treble sound.

It might seem premature and risky for so young a player to lay bare all the elements of his musicianship on a solo album. Overall, this record shows it was a risk worth taking. In fact, it's confidently labeled "volume 1"—if this means there's more to come, it will be welcome.