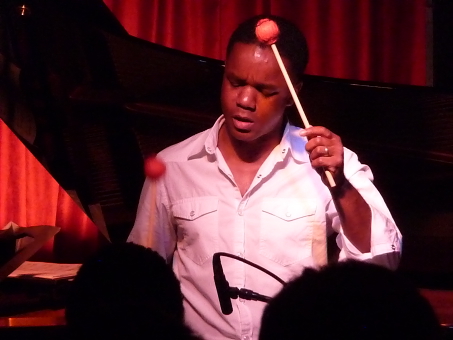 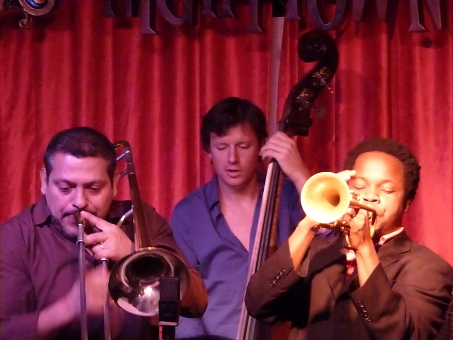 Since 2004, the SFJAZZ Collective, an octet of world-class musicians in the prime of their careers (no "legends" meat wagon, this), has toured the world, spreading the jazz gospel. Two members remain from the initial group—vibes player Stefon Harris and alto saxophonist Miguel Zenon. And, while certainly a vehicle to promote its parent organization, SFJAZZ, the nonprofit jazz institution that, among other things, presents the annual San Francisco Jazz Festival, the Collective can also be seen as a dutiful, vital instrument in that mythically quixotic quest of saving jazz. Reports of jazz's demise have, of course, been greatly exaggerated since at least the 1970s. But it was, nevertheless, encouraging and invigorating on this night to witness the youthful crowd SFJAZZ Collective drew into Nighttown for the late set. The whoops, cheers and gasps from the large pockets of 20-somethings sounded a refreshing switch in a room where, on a given night, a person under 50 can feel lost within a sonically well-appointed retirement party. 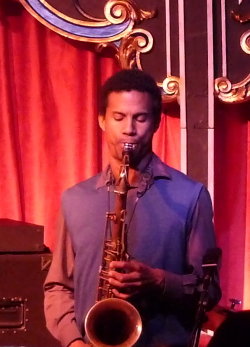 Choosing the music of hard-bop pianist/composer Horace Silver as their cause célèbre for the 2010 campaign (past years have featured explorations of compositions by the likes of Ornette Coleman, Herbie Hancock and Wayne Shorter), the group bookended the set with Silver tunes, opening with "Cape Verdean Blues" and "Lonely Woman" and encoring with "Peace," an anthemic weeper meant to relieve the audience of its mania. In between were numbers from three of the group's members: "The Devil in the Details" by Harris, "Collective Presence" by pianist Edward Simon and "Harlandian" by drummer Eric Harland. But, whether blowing through the Silver material or their own fare, the group continually impressed with its ability to put a truly collective stamp on each number. With soloists of this magnitude, one might expect the musicians to approach the show as a pickup gig and launch into solo gymnastics after a token statement of a theme. And, to be sure, that solo spirit and execution were there. But the collective drive did not suffer because of it. On many occasions, the group rose along a shallow slope of ad hoc construction, building almost in secret until suddenly overtaking the listener with a heavily layered, exhilarating wall of sound.

But of the solos... Harris was crisp and inventive from the opening number, and by the fifth, his unexpected shifts over the aluminum bars loosed a collective swoon from the audience. Zenón and tenor saxophonist Mark Turner nicely complemented one another—the altoist with a full, bluesy tone, warped to vaguely Middle Eastern effect on "Lonely Woman"; Turner, his features cut with the tragic severity of a Pedro Costa hero, bobbed like a pumpjack to spring hollow-metal bop runs. Trombonist Luis Bonilla, subbing for Robin Eubanks on the band's October dates, impressed with warm yet exacting solo flare, garnering the audience's salute on "Lonely Woman." While trumpeter Ambrose Akinmusire, filling Avishai Cohen's spot in October, held nothing back, his sharp metal blasts at times stretching into pain-ridden, squawking pleas. "Collective Presence" gave bassist Matt Penman space to stretch and work the higher reaches of his instrument over brushed drums and choice string plucks from the innards of Simon's piano. For his part, Simon favored rolling, melodic lines that were increasingly chopped the further they stretched, breaking into abstract, tinny forms. Harland provided nice rhythmic shifts throughout and, on the grippingly disjointed opening of "Harlandian," demonstrated his expertise at constructing and guiding the music of mates Akinmusire and Simon.

As readers of this site know (and as fans at Nighttown witnessed firsthand on this night), jazz is alive and well in the 21st Century. In fact, there may never have been a period in the music's history that has featured such variety and deep exploration of the form's boundaries. So how wise of the SFJAZZ Collective, something of a latter-day The Jazz Messengers within the current mix, to honor Silver, a founding member of that seminal band through which so many masters moved. The beat goes on.