If ever an artist could be called an octopus, Luis Bonilla is it. The California raised, Costa Rican trombonist, composer and arranger has sought out, taken in and mastered an incredible array of musical styles. His success as a sideman with such greats as McCoy Tyner, Dizzy Gillespie, Lester Bowie, Tom Harrell, Freddie Hubbard, Astrud Gilberto, Willie Colon and Toshiko Akiyoshi attests not only to the skill and variety of Bonilla’s talent, but also to a mind restlessly committed to exploring some of the most complex and demanding music of our time.

Yet there is nothing rarefied about the Bonilla experience. He has worked as a studio musician with Tony Bennett, Marc Anthony, La India and Mary J. Blige and understands and exploits the liveliness of pop as well as the rhythmic sway and punch of Latin Jazz. Currently a member of the Vanguard Jazz Orchestra, the Afro-Latin Jazz Orchestra under Arturo O’Farrill’s direction (both 2009 Grammy winners) and Dave Douglas’s latest group (Dave Douglas & Brass Ecstasy), Bonilla is one of those rare artists whose work is always expanding, taking in more and more while remaining singular and focused: “Bonilla may be a trombonist used to handling that big long sliding thing, but when it comes to execution of his ideas, he lets nothing slide” (All About Jazz). Critics praised his first two albums on the Candid label, Pasos Gigantes (1998) and iEscucha! (2000), acknowledging Bonilla’s ability to give voice to radically different musical sensibilities with an ease and seamlessness that belies the rigor and sophistication of the music. Pasos Gigantes made Jazziz’s top ten Latin list of 1998. Even as early as these first two albums, critics noted Bonilla’s leadership and sophisticated use of tonal colors.

As a faculty member at both Temple University and Manhattan School of Music, Bonilla has an intuitive sense in how to bring out the best in those working with him. Listen to any of his albums and you will hear an extraordinary level of trust and inspiration in each band member’s playing. As the critic for All About Jazz noticed, “Bonilla gives his colleagues ample space to breathe, adding momentum to the flow of his compositional ideas.” His next album, 2007’s Terminal Clarity was a celebration, reflection and aesthetic extension of his years working with Lester Bowie. While retaining the brash harmonic structures of his mentor’s work from Brass Fantasy to his earlier and justly famous work with the Art Ensemble of Chicago, Bonilla adds a “contagious exuberance” (Jazzwise magazine) that is at the heart of his artistic vision. Without in any way diminishing Bowie’s audacity, Bonilla manages to balance “the cerebral and the down- and-dirty (Jazz Times), taking “bold steps to merge Latin genres, free jazz and a variety of other influences (Latin Jazz Corner). In Bonilla’s latest album, I Talking Now! (2009), he pushes these disjunctions even harder, politely demanding that we feel connections between wildly disparate styles of music. A heady mix of swing, rock, free jazz, funk, movie soundtracks , avant-garde noise and ballads, I Talking Now, for all its musical diversity, speaks with one voice. It is a distinctly American vision, a gentle craziness that suggests that every one and every sound can co- exist if we just keep on taking in more and more. Luis Bonilla is moving in directions that are expanding our notions of jazz and leading us into startling new realms with “remarkable creativity and versatility” (Newsday). Show less

“Luis Bonilla is one of the finest trombone players on the scene today. No one sounds like him or writes like him, he is a unique and remarkable artist” --Grammy Winner Arturo O’Farrill 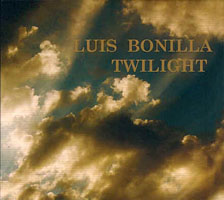 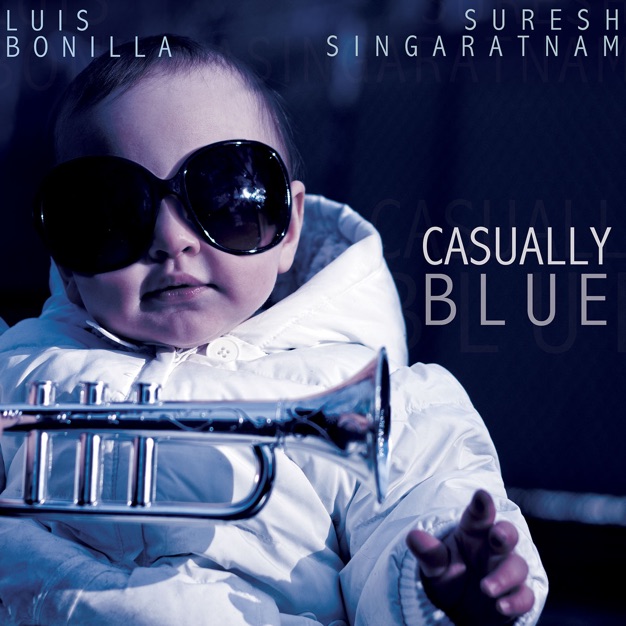 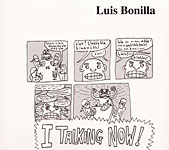 From: I Talking Now!
By Luis Bonilla

All About Jazz musician pages are maintained by musicians, publicists and trusted members like you. Interested? Tell us why you would like to improve the Luis Bonilla musician page.